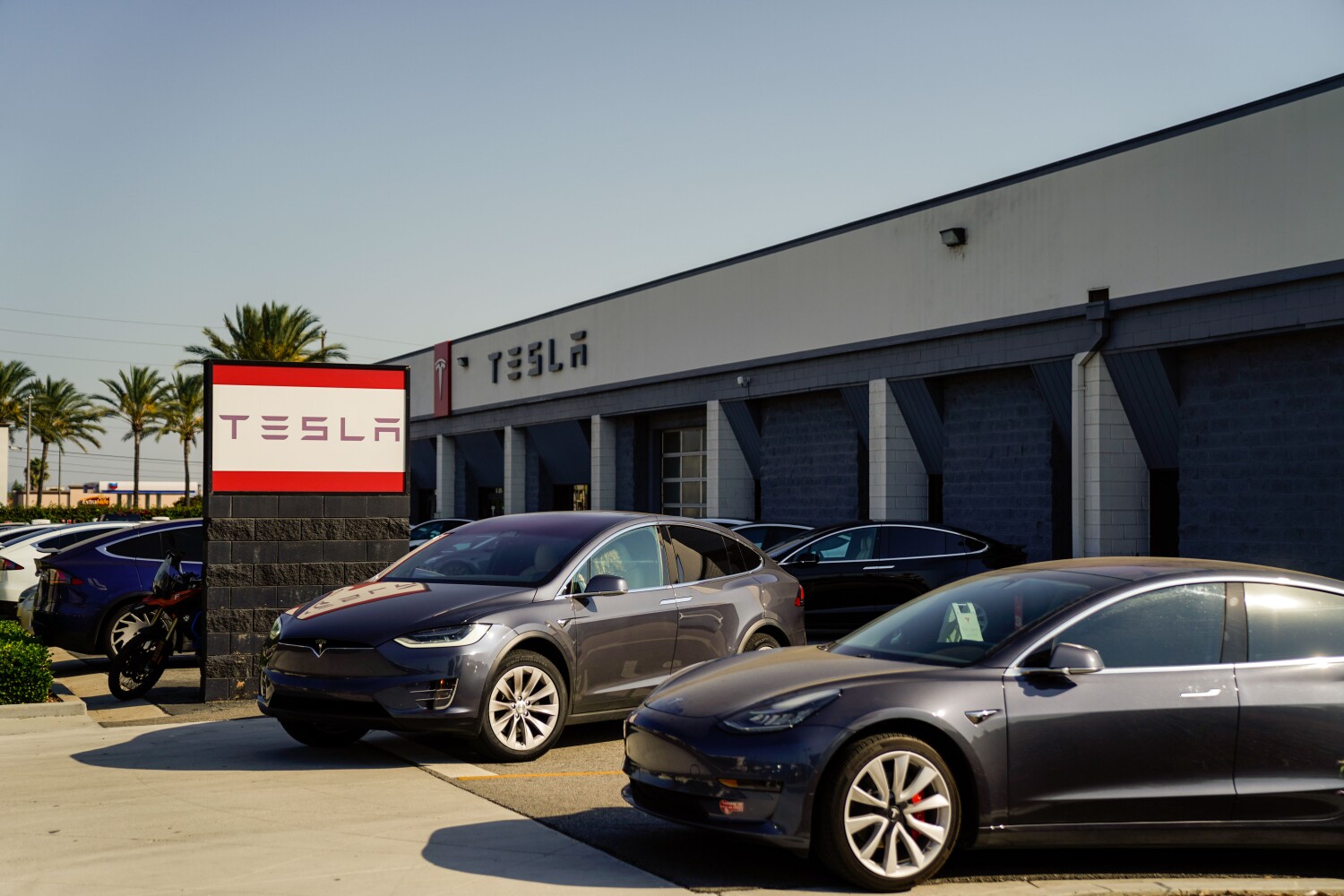 Tesla said it delivered a record 139,300 cars in the third quarter. For Tesla investors, that’s the good news. The bad news is that the company finds itself saddled with factory overcapacity.

The delivery numbers top the previous record by 24%. That record had been set last December, when 112,000 deliveries were reported, with all cars made at Tesla’s only factory at the time, in Fremont, Calif.

Then it opened a plant in Shanghai, dramatically increasing capacity.

But sales in China have been flat all year, and sales in Europe are down. Given that the Shanghai plant increased Tesla’s annual production capacity by 40%, “selling another 27,000 cars isn’t stellar,” said Matthias Schmidt, publisher of the European Electric Car Report in Berlin.

To hit the half-million mark, which Musk has identified as his deliveries target, Tesla must now deliver 180,000 cars in the upcoming fourth quarter.

That might not be an issue if growth were faster or the stock price were lower. But with a tiny fraction of worldwide sales, the stock market pegs Tesla as the world’s most valuable car company. Its market value of about $400 billion is bigger than Toyota, Ford, General Motors, Fiat Chrysler, Volkswagen and Honda — combined. The company is under tremendous pressure to show how it can grow into those expectations.

“Tesla is currently valued at 15 times sales,” said Gordon Johnson at the GLJ Research financial firm in an email. “Which means to give investors a 15-year payback, TSLA has pay them 100% of its 2020 revenues for 15 straight years, with zero expenses, no taxes paid, and no dividends. Yet, TSLA is losing share in the EU and China.” Johnson concluded, “In short, investors are in for a very rude awakening.”

In early trading Friday, Tesla shares were down about 2.5%.

Tesla — which for unexplained reasons uses the term “deliveries,” unlike the term “sales” used in the rest of the industry — doesn’t break down results by geography, so it’s not immediately apparent what the worldwide trends are.

Tesla’s market share in Europe has taken a dive as new EV models enter the market from traditional carmakers and new brands such as Polestar.

Tesla’s performance in Europe “can only be described as a car crash” so far this year, said Schmidt. For last year’s third quarter, Tesla’s Europe EV market share was 27%. Now it’s below 15%, Schmidt said.

Registrations in Norway, the Netherlands and Spain fell to just over 4,000 cars in the third quarter, compared with just over 12,000 for the same quarter last year, according to registration tracker eu-evs.com.

Results from Germany aren’t in yet. Schmidt said Germany’s EV market is growing faster and will be key to Tesla’s Europe performance going forward. But, he said, “if Tesla’s European performance doesn’t increase dramatically during the closing part of the year and particularly next year,” its planned new plant in Berlin could find itself underutilized as well.

Meanwhile, China will be exporting electric cars to Europe next year from start-ups such as Lynk & Co., Nio, and Xpeng.

It’s unclear what’s happening with Tesla’s U.S. deliveries and demand. It will take a few days for independent analysts to issue estimates.

Meanwhile, the company is putting up another factory in the U.S., this one in Austin, Texas, to build its new Cybertruck. But U.S. unit sales will need to pick up dramatically to justify adding new capacity for several hundred thousand new vehicles.

The stock market believes Tesla sales are in for powerful growth. And bullish analysts have their reasons why.

Dan Ives of Wedbush Securities explained that Tesla stock has quadrupled in price since March for “two key reasons.” The first is “the demand trajectory out of China which is on pace for 150k deliveries in the first year out of the gates.” Second is “the profitability. [Tesla} is getting out of the red ink which is key. In fact, Tesla has scored net profits, if small ones, for each of the last four quarters.

The current results bode well for the future, Ives said. The third-quarter numbers put “delivery growth back on track … in this dark macro backdrop.” As he puts it, “It’s a LeBron-like performance that has catalyzed parabolic stock performance.”

Skeptics will be watching sales growth closely, especially in Europe and China.