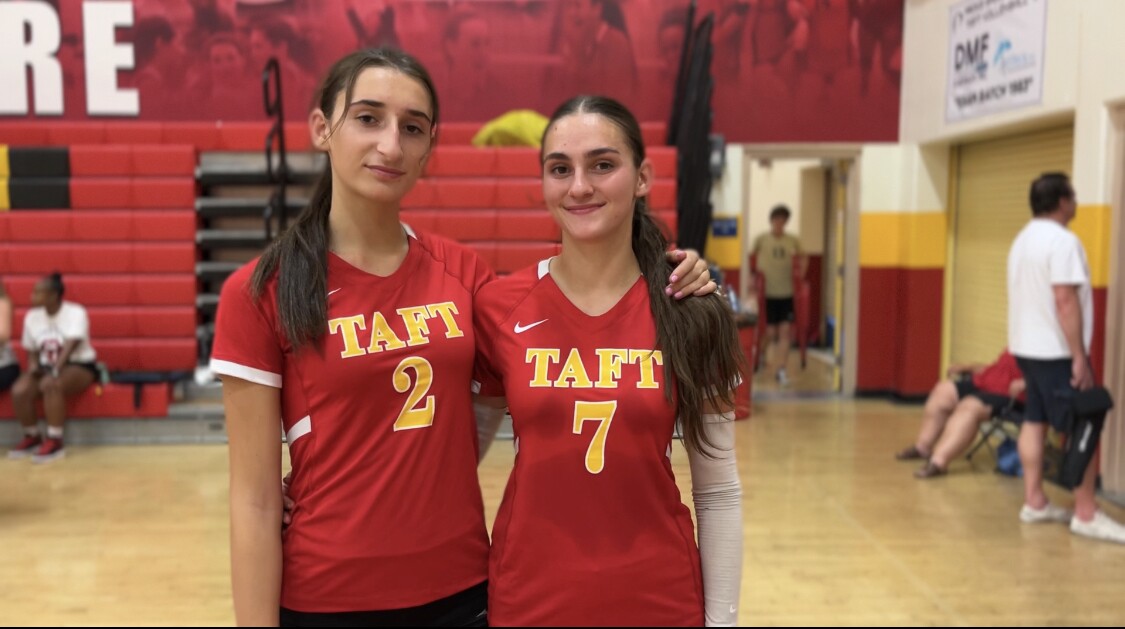 Julia Bazylevych and Prior Borick will admit, with a laugh, that there are times they want to kill each other.

Sure, the Taft girls volleyball seniors, two of the best players in the City Section, have been friends since middle school. But they’re also extremely competitive. During the spring, they paired up to play beach volleyball for Taft and had their fair share of bickerings.

There’s a method to the madness. The two walked away winners of the first-ever City Section beach pairs championship, and aren’t holding back in a senior season with huge aspirations for a loaded Taft team.

“Even tonight, it looks like we’re arguing,” Borick said after Saturday’s City Champions showcase, “but we’re just trying to push through it.”

They pushed through with little resistance at that Saturday tournament, Taft hosting a pool of former City Section champions across different divisions. Led by Bazylevych’s golden arm and Borick’s steady hands, the Torreadors beat last season’s Open Division champs Venice 2-0 (25-18, 25-14) in the finals to cap off an undefeated tournament.

Bazylevych said over the summer she was shooting for City Player of the Year, and it’s hard to argue with her candidacy after one glimpse at the 6-foot-1 outside hitter’s homing-missile spikes. Borick, meanwhile, is anywhere and everywhere at all times — diving on the ground for a dig, skying for a kill, delivering a picturesque set or dropping in an ace.

Sure, the two might seem at each other’s throats sometimes. That’s just because they’re trying to strangle their opponents.

The call was always in the back of Darrin Phillips’ mind, threatening to send him hightailing out of the gym to catch the next flight home.

Stefanie Wigfall, Sierra Canyon’s head coach, was pregnant with her second child and inching closer to her due date. So before the season-opening Ann Kang tournament in Hawaii on Aug. 11-14, she made the decision with Phillips — her husband and assistant coach — that he’d fly there to coach and she’d stay behind.

But the day he touched down on the island, Wigfall went into false labor. Philips nearly turned right back around. He stayed, tough as it was, and Wigfall spent her days watching the tournament’s livestream on Facebook and YouTube.

“I’m just patiently waiting — not that patiently, but just hoping he gets home before things get going on this side,” Wigfall said Aug. 13.

On Thursday night, the two welcomed a new Trailblazer to the family — Cole Joseph Phillips. Sierra Canyon, meanwhile, beat Santa Margarita on Wednesday to improve to 9-1.

Stars of the week