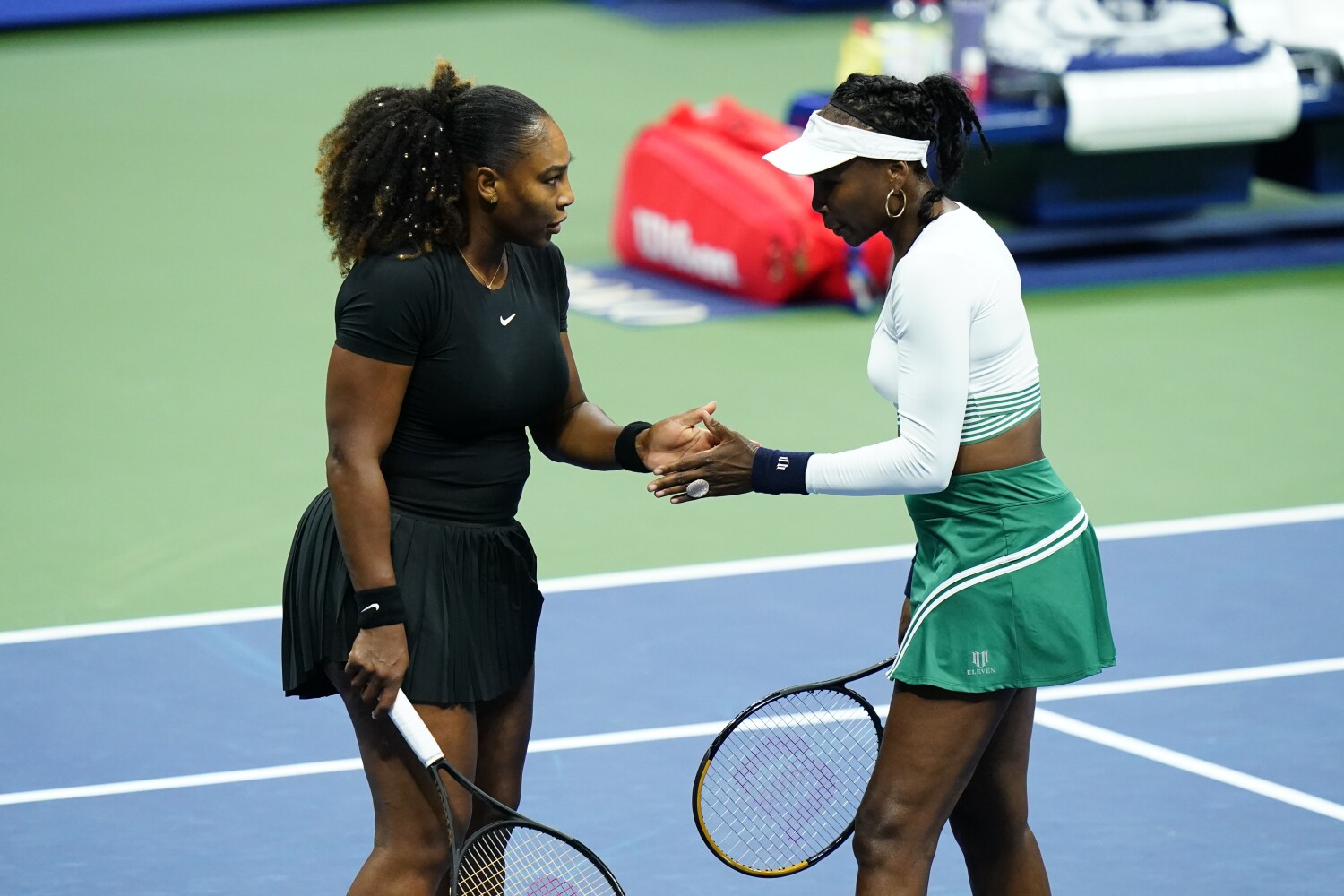 Serena and Venus Williams lost to Lucie Hradecka and Linda Noskova 7-6 (5), 6-4 in the first round of the U.S. Open doubles tournament Thursday in what might have been the Williams’ sisters final professional doubles match together.

Serena Williams isn’t done at the U.S. Open. The 23-time Grand Slam champion is scheduled to compete in the third round of singles competition against Ajla Tomljanovic of Australia on Friday.

Williams hasn’t definitively said whether she will retire after the U.S. Open, but she strongly hinted that the tournament, which she has won six times, would be her career swan song.

“I have never liked the word retirement. Maybe the best word to describe what I’m up to is evolution,” she said in an essay published by Vogue. “I’m here to tell you that I’m evolving away from tennis, toward other things that are important to me.”

This is a developing story. The Los Angeles Times will have more on Williams sisters at the U.S. Open soon.