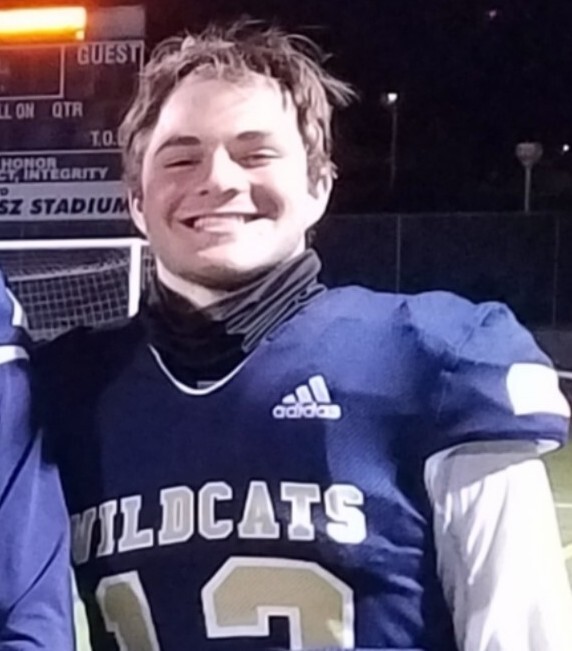 As season debuts go, quarterback Ryan Staub of Valencia West Ranch had a night to remember. He passed for six touchdowns and ran for another in his team’s 61-41 victory over La Cañada Flintridge St. Francis on Friday night.

“The game felt a little slower and having that experience made the pressure feel less playing a good team out of the gate,” said Staub, a Colorado commit in his second season as a starter.

Staub started his high school career at Chatsworth Sierra Canyon before returning to his neighborhood school as a sophomore.

“At the time, it seemed like the right fit,” he said. “I learned a lot of amazing things at Sierra Canyon, but everything happens for a reason and it’s part of my journey.”

West Ranch’s offense is based on a series of short passes that lead to opening up the deep patterns. It was perfect execution against an inexperienced St. Francis secondary. Will Seidel caught two touchdown passes.

Changing of the guard

Long Beach Poly quarterback Darius Curry, in his first game since being sidelined last season because of a torn anterior cruciate ligament injury, completed 23 of 30 passes for 363 yards and four touchdowns in a 55-6 win over Clovis. The Jackrabbits play Gardena Serra on Friday at Long Beach Veterans Stadium.

Los Angeles Roosevelt had more than 400 yards rushing using the double wing in a 36-14 win over Carson. Jared Andrade and Johan Alfaro each scored two touchdowns.

Liberty in Winchester, with no seniors at its school, won its first varsity game, defeating Moreno Valley Valley View 28-27. Head coach Kraig Broach, who started the program at Menifee Heritage, is trying for rapid success again with the new public school that opened between Perris and Hemet and went 9-1 with a JV team last season.

Quarterback Trey Kukuk of Mission Viejo Capistrano Valley passed 237 yards and one touchdown and ran for 189 yards and four touchdowns in a 45-13 win over Tustin.

Ulysses Pinkney rushed for 268 yards and scored three touchdowns as Bellflower opened under new coach Jason Miller with a 39-0 win over Whittier Pioneer.

Brody Meyer of Camarillo completed 16 of 23 passes for 301 yards and five touchdowns in a 35-17 win over Newhall Hart.

CJ Tiller, a transfer from Arizona, passed for 215 yards in Rancho Cucamonga’s 27-7 win over Anaheim Servite.