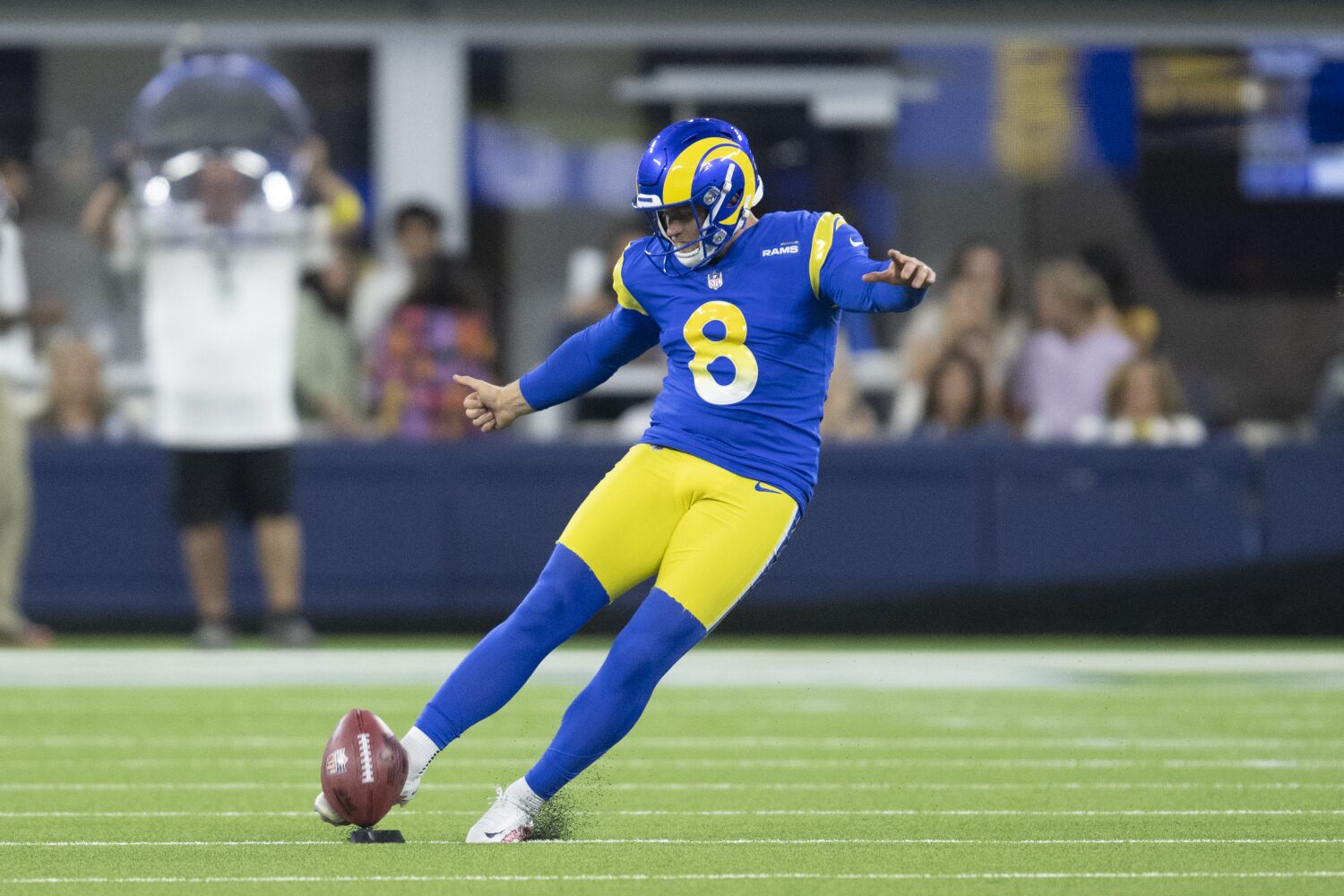 Rams kicker Matt Gay sported yellow football pants several sizes too large at practice Friday, in part to make a statement to the NFL about the hefty amount of cash the league extracted from his pocket.

Gay, a Pro Bowl selection last season, said he was informed by letter that he had been fined $5,000 because the pants he wore in the Rams’ season-opening loss to the Buffalo Bills did not cover his knees.

His fashion statement for practice came after he posted a statement and photos of his baggy trousers to social media.

“How to dress as a kicker in the @NFL per @nflcommish to avoid a $5k pant length fine,” Gay tweeted. “Thanks guys now I feel safe and can do my job super well.”

Kickers and punters are exempt from having to wear thigh or knee pads, Gay said. He added that a uniform inspector did not warn him before the game about the length of his pants.

“Just seems a little pointless to me,” he said of the rule.

The NFL did not immediately respond to a request for confirmation of the fine.

Gay said he tweeted about his situation to show the NFL that he was “on board with what they want” as he prepares for Sunday’s game against the Atlanta Falcons at SoFi Stadium.

“Just trying to take the initiative of fixing the problem, so I don’t get fined anymore,” he said. “That’s a little hefty fine, and I’d rather not have that.”