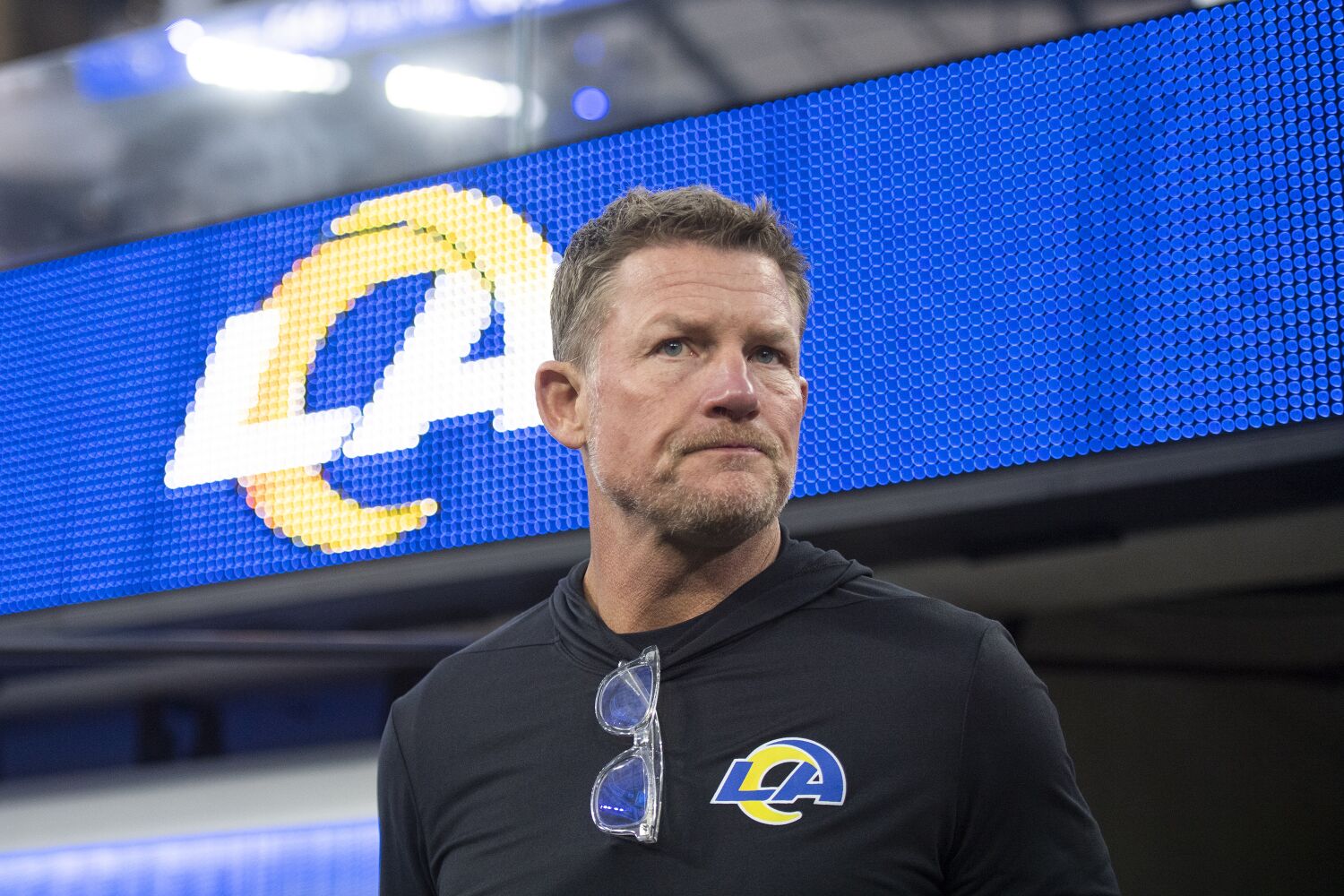 Rams general manager Les Snead, who made dynamic moves to assemble the team’s Super Bowl championship roster, agreed to a contract extension, the team announced Thursday hours before the season opener against the Buffalo Bills.

Snead and coach Sean McVay, who said during training camp that he had received a new contract, are both extended through 2026, the team said. Terms of the deals were not announced but both are thought to be among the highest paid in the league.

Snead, 51, has been the Rams’ general manager since 2012. Since the team returned to Los Angeles in 2016, he has made numerous blockbuster moves that netted the Rams key players for their Super Bowl runs.

Before the 2016 draft, Snead traded up a record 14 spots to select quarterback Jared Goff with the No. 1 pick. The Rams gave up two first-round picks in that deal, and they have not had a first-round pick since because of Snead’s bold moves, including trades for receiver Brandin Cooks in 2018, star cornerback Jalen Ramsey in 2019 and quarterback Matthew Stafford in 2021.

After last season, Snead and McVay each had two years remaining on extensions they signed before the 2019 season, five months after the Rams lost to the New England Patriots in Super Bowl LIII.

Kevin Demoff, the Rams’ chief operating officer, said in March that Snead and McVay were “the architects of this run,” and that they were in line for extensions.

“They have an amazing working relationship,” Demoff said. “You’d be foolish, when you look at how hard it is in this league to win, not to try to keep together a pair that’s done it really well.”

Last season, when he led the Rams to a victory over the Cincinnati Bengals in Super Bowl LVI at SoFi Stadium, McVay is believed to have earned about $8.5 million.

Since owner Stan Kroenke approved McVay’s hiring at age 30 in 2017, McVay has compiled a 55-26 regular-season record. McVay is 7-3 in the playoffs.

In 2017, the Rams made the playoffs for the first time since 2004. They lost an NFC wild-card game against the Atlanta Falcons.

The next season, the Rams advanced to the Super Bowl. They missed the playoffs in 2019 but rebounded in 2020 and reached the NFC divisional round before losing to the Green Bay Packers.

A few weeks after that defeat, the Rams traded Goff and two first-round draft picks to the Detroit Lions for Stafford.

This offseason, the Rams signed Stafford, Donald and Kupp to massive extensions. Miller signed a free agent contract with the Buffalo Bills, and Beckham, recovering from knee injury suffered during the Super Bowl, remains a free agent.