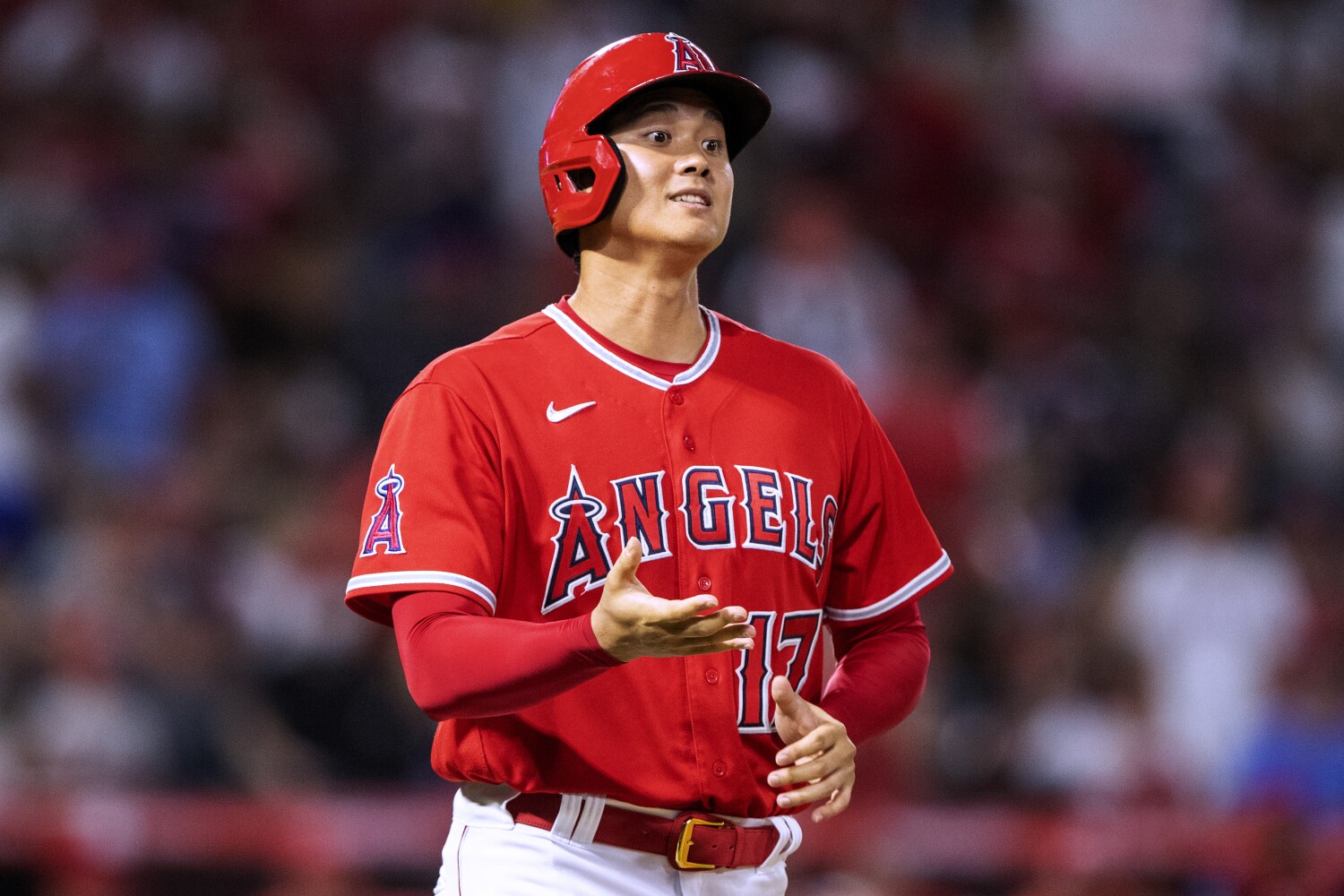 The Angels’ walk-off win in extra innings against the Minnesota Twins on Saturday might have been remembered for a different reason if the team had not completed its comeback.

The score was tied 3-3 in the 10th inning, with Magneuris Sierra on third and Shohei Ohtani on first, one out and Luis Rengifo — who bats .230 with runners in scoring position — at the plate.

Rengifo lined out to center fielder Byron Buxton, who launched himself a few extra feet to catch the ball. But before Buxton even caught the ball, Ohtani was a foot from second base, having attempted to steal.

Ohtani then needed to try to hustle back to first to try to stop a double play from being completed. He wasn’t fast enough and the Twins closed out the inning, forcing an 11th.

Interim manager Phil Nevin said after the game that he instructed Ohtani to run in that instance.

“I’ll be honest, I screwed up in the 10th,” Nevin said Saturday. “Looked at their defense and I thought [Carlos] Correa was a little closer to second. … I thought if Ohtani did get to second and they walk Rengifo, then we have the bases loaded with [Taylor Ward] up.

The point was to get Ward up against Twins reliever Emilio Pagan in the 10th, a matchup Nevin explained Sunday that he had a good feeling about.

When Ward faced Pagan to start the 11th, he took his 3-and-2 four-seam fastball to the center field seats for the win.

Mike Trout, as scheduled, had a second day of on-field hitting and running work on Sunday. He took more soft toss pitches and even participated in a full batting practice with the rest of the team. There is still no date for his return.

“He’s ramping up pretty good, so it was nice to see,” Nevin said. “Eventually he’s gotta get into seeing some live pitches somehow. So we’ll progress as we can on how he feels. So far, everything’s gone well, no setbacks and he feels great.”

Trout has not played since July 12 because of a back and rib injury.