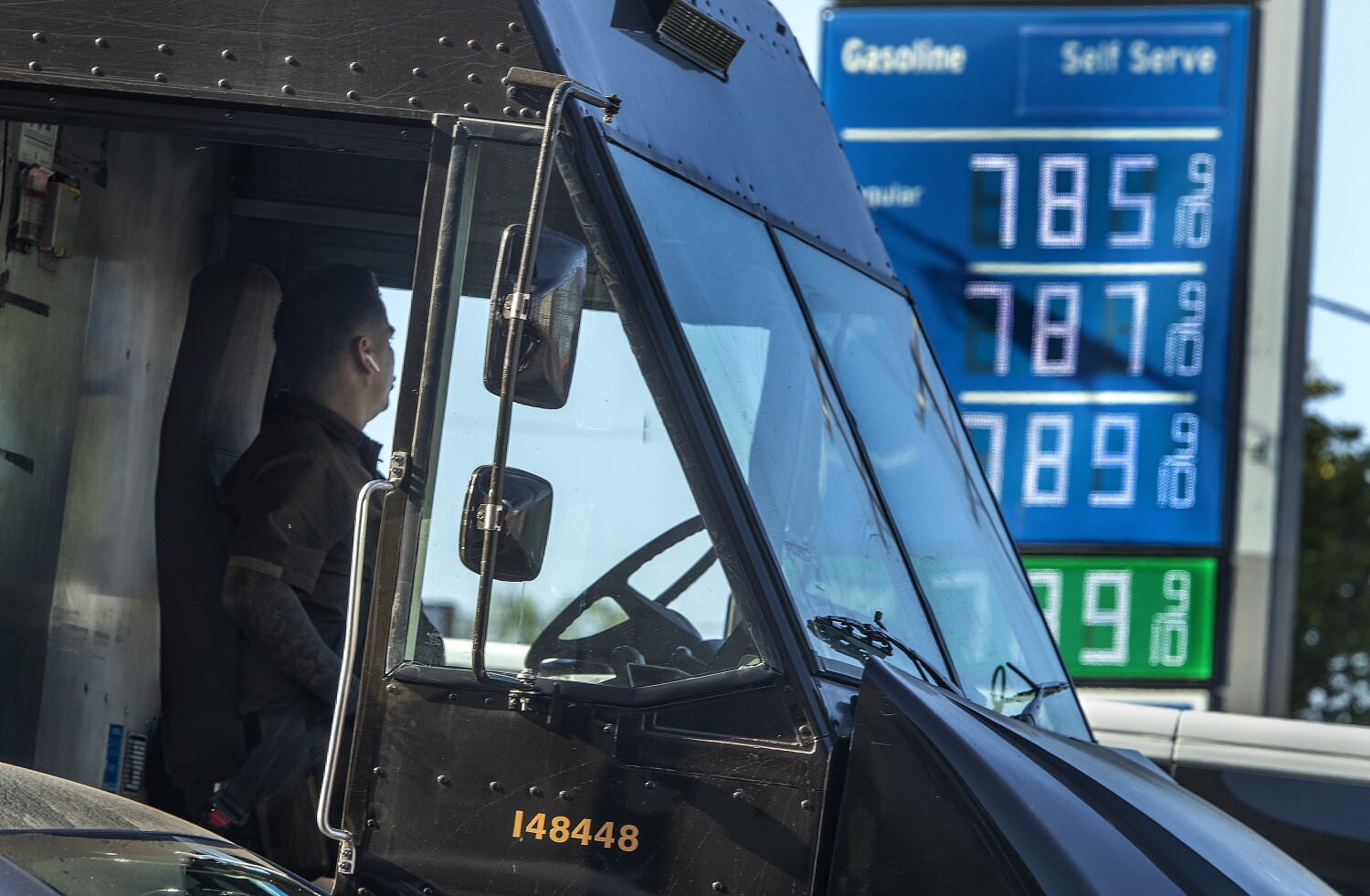 You love your car. You want to treat it well. You certainly don’t want to do anything that would damage it. That’s why you’ve been filling it with premium gasoline all these years. But with prices up above $7 a gallon, you’ve started to wonder: Does my car really need the good stuff? Can I just switch to regular? Or should I compromise and buy midgrade?

Answers: Probably no, probably yes and almost definitely not.

Many years of research at the American Automobile Assn.’s Los Angeles fuels laboratory has shown that if your car requires premium, you should keep using premium and suck up the cost. But thanks to a mix of clever marketing and quirky consumer psychology, some 16.5 million U.S. drivers fill their cars with premium when regular would work just as well, according to AAA.

Think you might be one of them? Check your owner’s manual, advises Doug Shupe, program manager at the Automobile Club of Southern California and the AAA. And pay close attention to the language. “Unless your vehicle manufacturer says premium is required — not recommended, but required — we’ve found no advantage to using premium fuel,” Shupe said.

If it says “recommended,” you can ignore the recommendation and pocket the 30 to 50 cents per gallon you’d be saving. Spending more doesn’t buy any benefit in horsepower, fuel economy or emissions, Shupe said.

Depending on how much you drive, the switch can save several hundred dollars a year. With the average price of a gallon of regular now above $6 in California, that’s money that could go to food or rent.

What does “premium” even mean? That gasoline grade is laced with an extra dose of hydrocarbon molecules called octane. In a high-compression engine, heavy pressure can squeeze the fuel-air mixture so tight and hot that some fuel combusts before it should. That leads to uneven explosive forces, which can vibrate engine parts unnecessarily. The extra octane helps the fuel burn more evenly.

In California, premium gas is labeled 91 octane, midgrade is 89, and regular is 87. All are unleaded.

The results of AAA’s octane tests have become widely accepted. So why would a carmaker recommend premium when it’s not needed? One reason may be the belief by many customers that premium, required or not, boosts engine performance.

For a manufacturer seeking to support a luxury car’s high sticker price with claims of similarly high performance, the association might not hurt. In fact, some higher-end models from the likes of Audi and BMW have a sensor that can tell if gasoline is premium or regular, according to Jil McIntosh at Autotrader, and adjust the engine accordingly.

The AAA lab didn’t test the pluses or minuses of midgrade fuel. That could be because there aren’t many benefits to speak of, except for gas industry profit margins. (The exception is older cars with engine knock, which can potentially benefit from midgrade gas.)

The middle choice is an artifact from the days when unleaded gasoline began showing up as an alternative to gasoline containing lead. Gas stations needed three pumps to sell leaded regular, unleaded regular and unleaded premium. After leaded gas was phased out beginning in the 1990s, midgrade was a way to make use of the third pump.

Midgrade makes up a tiny fraction of retail gasoline sales. According to the U.S. Energy Information Administration, about 88% of gas sold in the U.S. is regular, 11% premium, and the rest midgrade.

If midgrade customers are trading up from regular, whether they need it or not, that pump provides fatter profit margins. When premium customers trade down, profit margins are squeezed.

One thing all gasoline buyers should look for if they’re seeking performance and longer engine life, according to Shupe: an indication that a gas station is selling “Top Tier” fuel. Often there will be a label on the pump. Most major brands do; many minor brands do as well. Any grade of gasoline — regular, midgrade, premium — can be Top Tier.

Such gasoline is processed with additives that reduce carbon buildup and is tested by an independent group to verify the formulation. Tests show such fuel improves performance and extends engine life. Brand names such as Chevron’s Techron and Shell’s V-Power are Top Tier, for instance, though they’re not always designated that way.

Those fuels cost more than gas at deep-discount stations that don’t sell Top Tier gas, but the AAA suggests that the extra few cents are worth it.