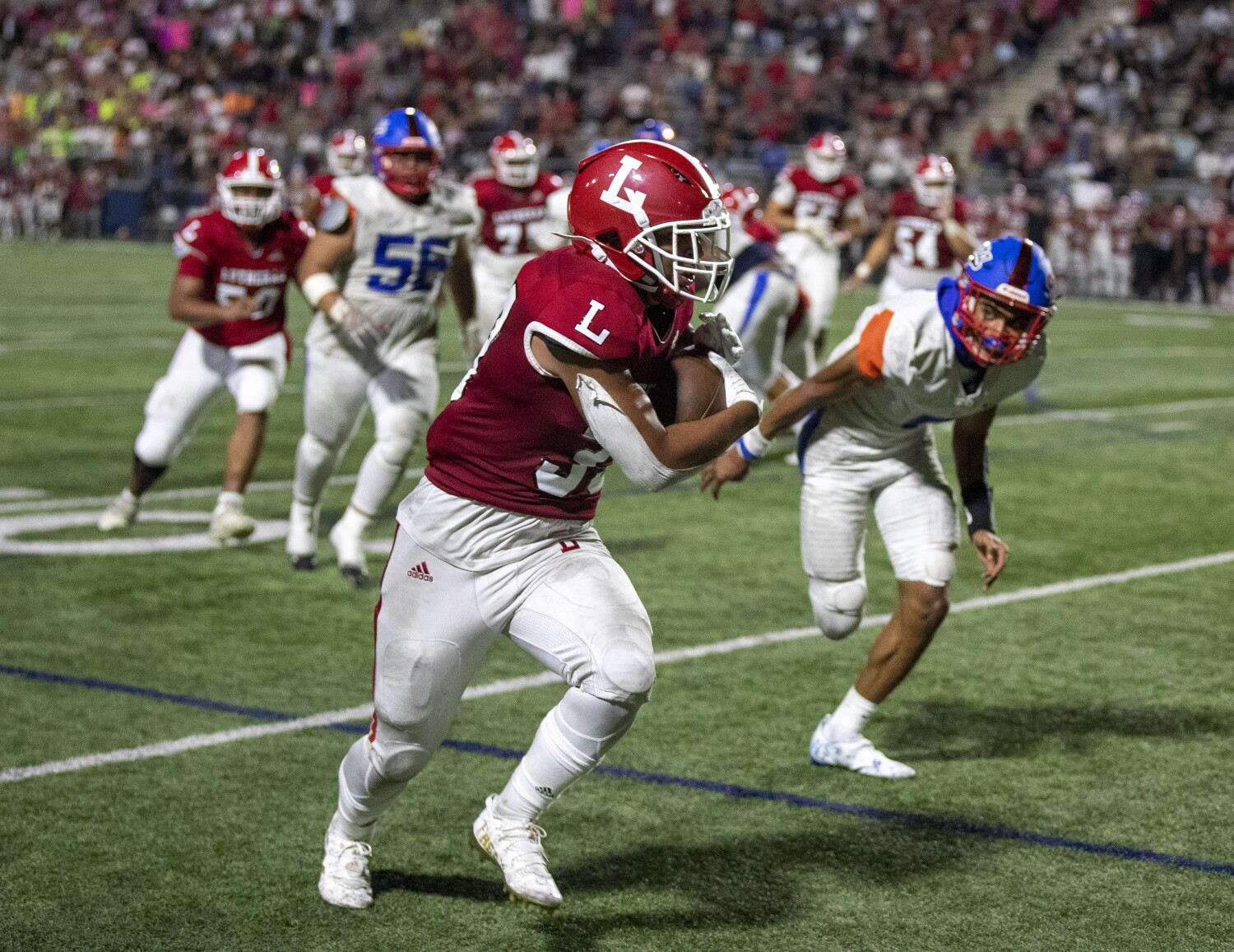 Those are the words that best describe what happened Friday night in a season-opening football game between Gardena Serra and Orange Lutheran at Orange Coast College.

The final season of high school football for the fastest teenager in America, Rodrick Pleasant of Serra, began with him returning the first pass attempt by Orange Lutheran sophomore quarterback TJ Lateef for a 25-yard touchdown on an interception.

That was the only touchdown of a first half that saw both teams struggle on offense.

Then came 24 minutes of the most unpredictable football imaginable, with Orange Lutheran somehow pulling out a 27-26 victory when Lateef, who finished with 228 yards passing, completed a six-yard, fourth-down touchdown pass to Rex Barrera with 30 seconds left and Dieter Kelly made the conversion kick.

At halftime, Serra held a 7-3 lead. Anyone who stuck around for the second half had to be shaking their head trying to figure out what they were watching.

The outset of a wild second half belonged to the Cavaliers. They decided to hand the ball off to their standout 225-pound running back, Cincere Rhaney, who finished with 161 yards rushing in 17 carries. He ran 47 yards on the opening carry of the third quarter, then scored on a 27-yard run. He also scored on an 11-yard run. Serra opened a 20-3 lead. Game over, right?

Wrong. The Cavaliers’ defense grew tired. Orange Lutheran got a 35-yard field goal from Kelly, then a nine-yard touchdown reception by Barrera to close to 20-13 after three quarters. Barrera tied the score at 20-20 with 9:26 left with a four-yard TD run after a Serra fumble on the kickoff.

Then quarterback Jason Mitchell guided the Cavaliers on what appeared to be a decisive scoring drive, scoring a touchdown on a seven-yard run with 4:38 left for a 26-20 lead.

The tiring Serra defense could not stop the Lancers. Helped by three pass interference penalties, Lateef moved Orange Lutheran to the one-yard line. Serra put up a fight, twice stopping runs at the goal line. After a five-yard penalty, Lateef threw an incompletion, forcing fourth down from the six. The game would be won or lost on the next play.

Lateef got the ball to Barrera on the right flat, and he found his way into the end zone for his third touchdown of the half, completing a remarkable Orange Lutheran comeback against a talented defense.

The game, however, showed the advantage of the Trinity League, where Orange Lutheran gets to compete with Santa Ana Mater Dei and Bellflower St. John Bosco. It’s called depth and conditioning. The Lancers simply wore down Serra.

“I think we’ll be good eventually,” Altenberg said before the game.

It was understandable that the offenses might need time to develop. Orange Lutheran lost to graduation quarterback Logan Gonzalez, who passed for nearly 4,000 yards. Serra lost Maalik Murphy, now at Texas. The offensive highlight in the first half was Kelly’s 65-yard punt.

Mitchell and Jimmy Butler were given opportunities at quarterback for Serra. Mitchell finally seemed to get the knack how to run the option play in the third quarter.

Serra is known for unveiling quality young athletes, and two freshmen served notice. Linebacker Daylawn Reed had a sack and Marcellous Ryan was contributing as a defensive back.

Serra will need to keep improving its offense because the competition will only get tougher in the coming weeks, starting with its annual game against Long Beach Poly next week.