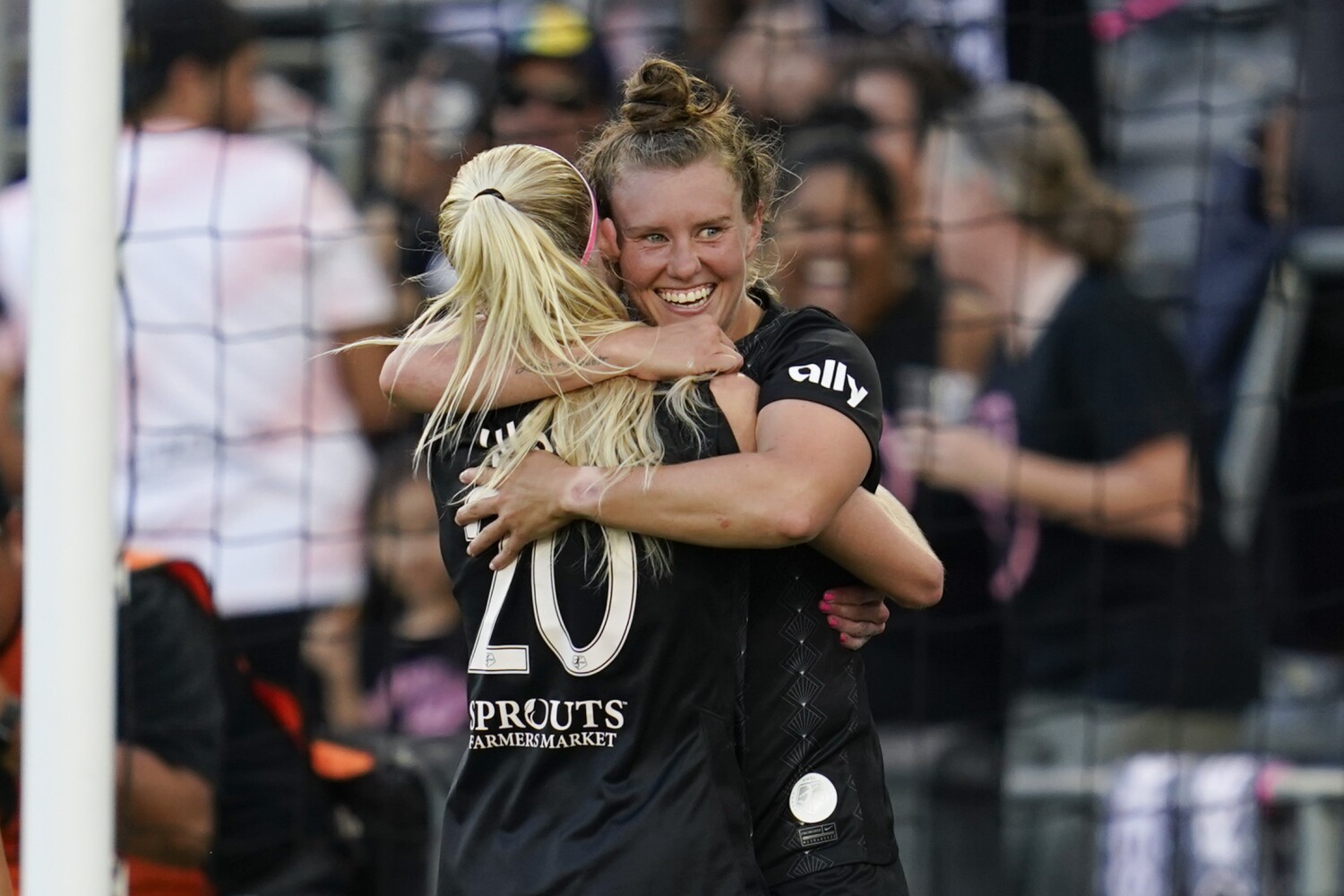 Savannah McCaskill scored in the 48th minute to lead Angel City FC to a 1-0 victory over the Chicago Red Stars in a National Women’s Soccer League game Sunday at Banc of California Stadium.

McCaskill converted a long pass from the right side by Claire Emslie.

Goalkeeper DiDi Haracic made three saves for Angel City (6-5-3), including one in the 85th minute on Chicago forward Sarah Griffith, who slipped behind defenders.

“We’ve talked about being able to close out games all season long,” McCaskill said. “This was the first time that we dominated for the first 65 minutes and then were able to protect that lead in the last 25 minutes of the game. I think that’s huge and shows growth. It shows that we’ve learned those hard lessons throughout the season and we’re really starting to apply what we’ve learned into the game.”