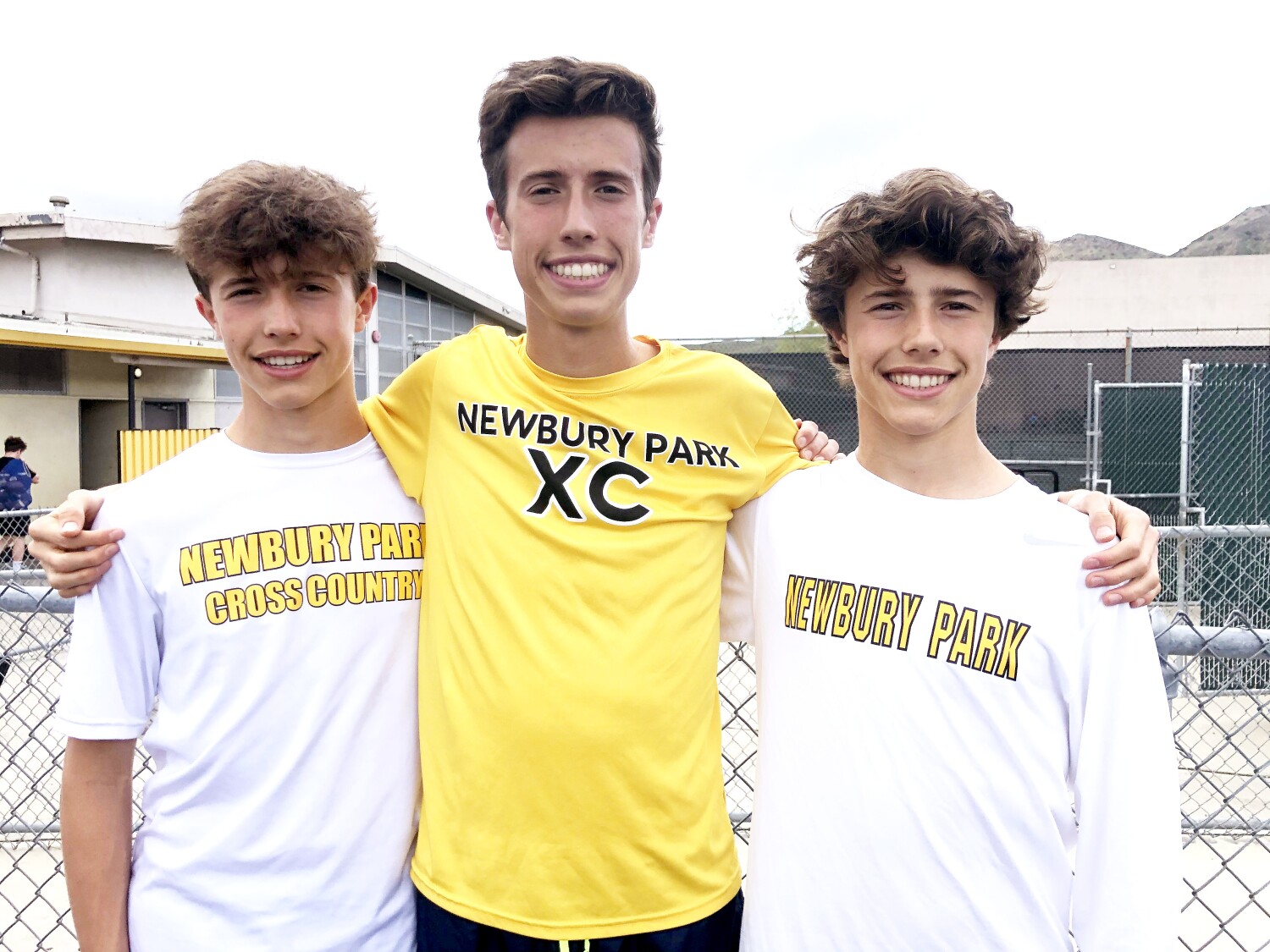 How, exactly, is a boys’ high school cross-country team some called the greatest ever last season supposed to improve?

It will be the story of the season yet again, said one coach. Just how good will the Newbury Park boys’ team be? For a new version of that group that swept podiums and shattered records last season in an unprecedented run of dominance, it starts with a kid from Florida.

Brayden Seymour, once projected to be the Sunshine State’s top runner in its largest division, according to former Oviedo (Fla.) Hagerty High coach Jay Getty, has transferred to Newbury Park for his senior season. Seymour is an uncannily cerebral runner, Getty said, who brings an elite level of dedication.

Newbury Park “has developed a self-sustaining model. … He’s going to slide right into that culture without a problem,” Getty said.

The Panthers’ traveling band of rock stars was well-known last season, a foursome that dazzled its way through meets. Lex Young. Leo Young. Colin Sahlman. Aaron Sahlman. Two sibling pairs, any of them capable of winning a race, all accounting for the top four three-mile times in the state in 2021. The Young brothers are committed to Stanford.

Is Seymour talented enough to replace Sahlman in that fearsome foursome that just had one of the best seasons in the United States?

“I think [Seymour] could. I really do,” Brosnan said. “That’s kind of right where he’s landed in our workouts right now.”

Seymour recorded a personal best of 15:37:70 in the 5,000-meter run for Hagerty High last season. That was enough to rank 19th in the state, but it doesn’t touch the Youngs’ or Aaron Sahlman’s sub-15-minute times last year. Seymour isn’t quite at their level yet, especially when the Youngs and the younger Sahlman are all “coming back stronger,” Brosnan said.

The senior, Getty said, has shaved about 25 seconds off his 5,000-meter time every season. And he’ll now have some of the best teammates in the country to push him.

“He’s going to get somebody to run with stride-for-stride on a daily basis, which is going to be great for him,” Getty said.

It’s a year of change. Gone is Brosnan’s husband, former head coach Sean Brosnan, who is at UCLA as an assistant track coach in charge of distance runners. But returning the Young brothers and Aaron Sahlman has Newbury Park starting off on a “great foot,” Tanya Brosnan said.

“The program is right where Sean left it,” she said.

She’s looking for continued improvement from junior Dev Doshi, who ran a 14:59:60 in the 5,000 meters last season, and senior Hector Martinez returns to give the program plenty of depth. If Seymour develops into a piece of a new Newbury Park quadrant, the impossible might become real.

“I do think they can be even better than last year,” Brosnan said.

For team competitions, Temecula Great Oak is poised to have strong boys’ and girls’ teams.

And who isn’t excited to monitor the progress of the state’s top freshman girls runner from last season, Ventura’s Sadie Engelhardt. She opened her sophomore season last weekend by winning the Gaucho Invitational in Santa Barbara in 16:57.58.

In the City Section, Max Fields of Palisades leads a group of promising returning runners.