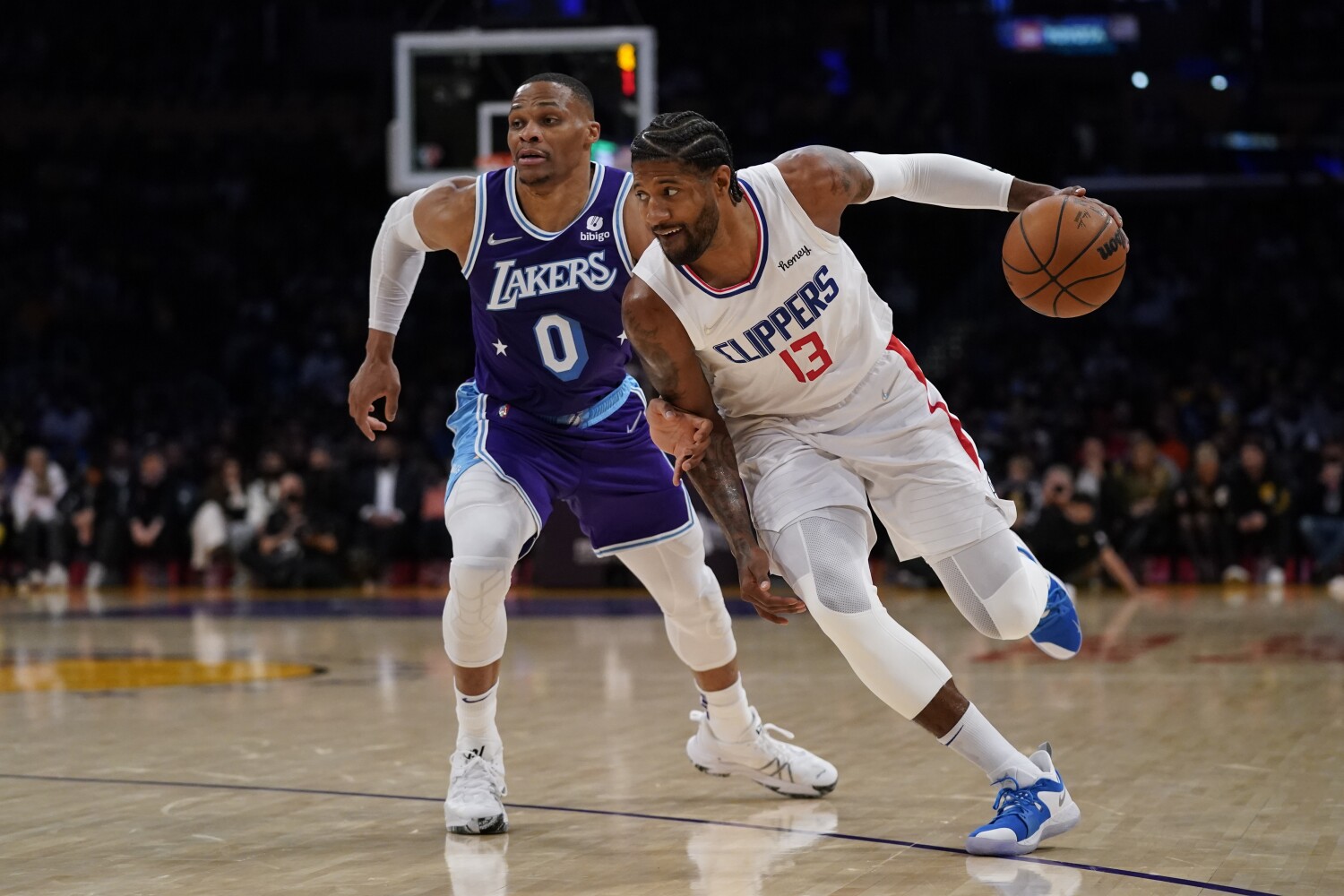 That tantalizing possibility hinges on how each navigates their 82-game regular-season schedule announced Wednesday by the NBA.

The January matchup is part of what the league has dubbed its 11-game “rivals week” — a slate that includes a matchup between former Chino Hills High stars Lonzo Ball, with Chicago, and younger brother LaMelo, with Charlotte.

The Lakers will visit Dallas on Christmas, joining other Christmas games, including Milwaukee at Boston, Philadelphia at New York, Phoenix at Denver and Memphis at Golden State.

The NBA will not play games Nov. 8 to observe Election Day, a decision by the league to promote nonpartisan civic engagement. Games will also not be played on Thanksgiving, Christmas Eve, during the All-Star break from Feb. 17-22 and April 3, the night of the NCAA men’s basketball championship game.

The Lakers begin with 10 of their first 15 games at home. Their longest road trip lasts six games, beginning Dec. 2 in Milwaukee, but there are also three trips lasting five games as well — one from Christmas through Jan. 2, another from Jan. 28 to Feb. 4 and the last from March 29 to April 5. Those trips contribute to two of their most road-intensive stretches. From Nov. 22 to Dec. 11, the Lakers will play nine of 11 games on the road. And from Jan. 28 to Feb. 13, seven of nine will be away from Los Angeles. Conversely, they will host homestands of five games three times.

Thirty-nine of their games will be broadcast nationally and the Lakers will play 12 sets of back-to-back games.

Marquee matchups include LeBron James’ return to Cleveland on Dec. 6, games against Golden State on opening night, Feb. 11, Feb. 23 and March 5, and two games against last year’s other NBA finalist, Boston, on Dec. 13 at home and Jan. 28 away.

One season after tying a league record by playing 61 games before the mid-February All-Star break, the Clippers will again play 61 before the break. They also will play 15 sets of back-to-back games — one more than last season — a noteworthy number considering what could be the team’s cautious approach to managing the workload of their biggest stars in their returns from injury. Kawhi Leonard already played games on consecutive nights sparingly before suffering a knee injury in June 2021 that cost him all last season. An elbow injury cost Paul George the majority of last season.

Yet their schedule appears to allow for more regular rest, with 13 breaks of at least two days between games. In a significant change, after playing five games in seven days last season a league-high-tying five times, the Clippers have zero five-in-seven stretches in 2022-23.

Their longest road trip is six games, from Jan. 27 through Feb. 6 — it includes stops at Atlanta, Cleveland, Chicago, Milwaukee, New York and Brooklyn — and there is a five-game East Coast trip beginning at Philadelphia on Dec. 23 that includes a matchup against Boston on Dec. 29. The Clippers host five-game homestands three times.

The Clippers will play two-game series in the same city — a scheduling arrangement introduced during the 2020-21 season — three times: traveling to Oklahoma City in October, hosting Oklahoma City in late March and two road games in Memphis to close March.

As is custom, the Clippers play a handful of Western Conference opponents only three times next season instead of the usual four. They will see Portland, Minnesota, Memphis and New Orleans three times.

The Clippers’ season formally begins Sept. 26 with media day before the team departs to Las Vegas, where they will begin training camp. They will then travel to Seattle to begin a preseason schedule that includes an Oct. 3 game against Portland. The rest of their preseason schedule is expected later this week. Beginning Oct. 3, the Lakers play six preseason games, with games in Los Angeles, Las Vegas, San Francisco and Sacramento.