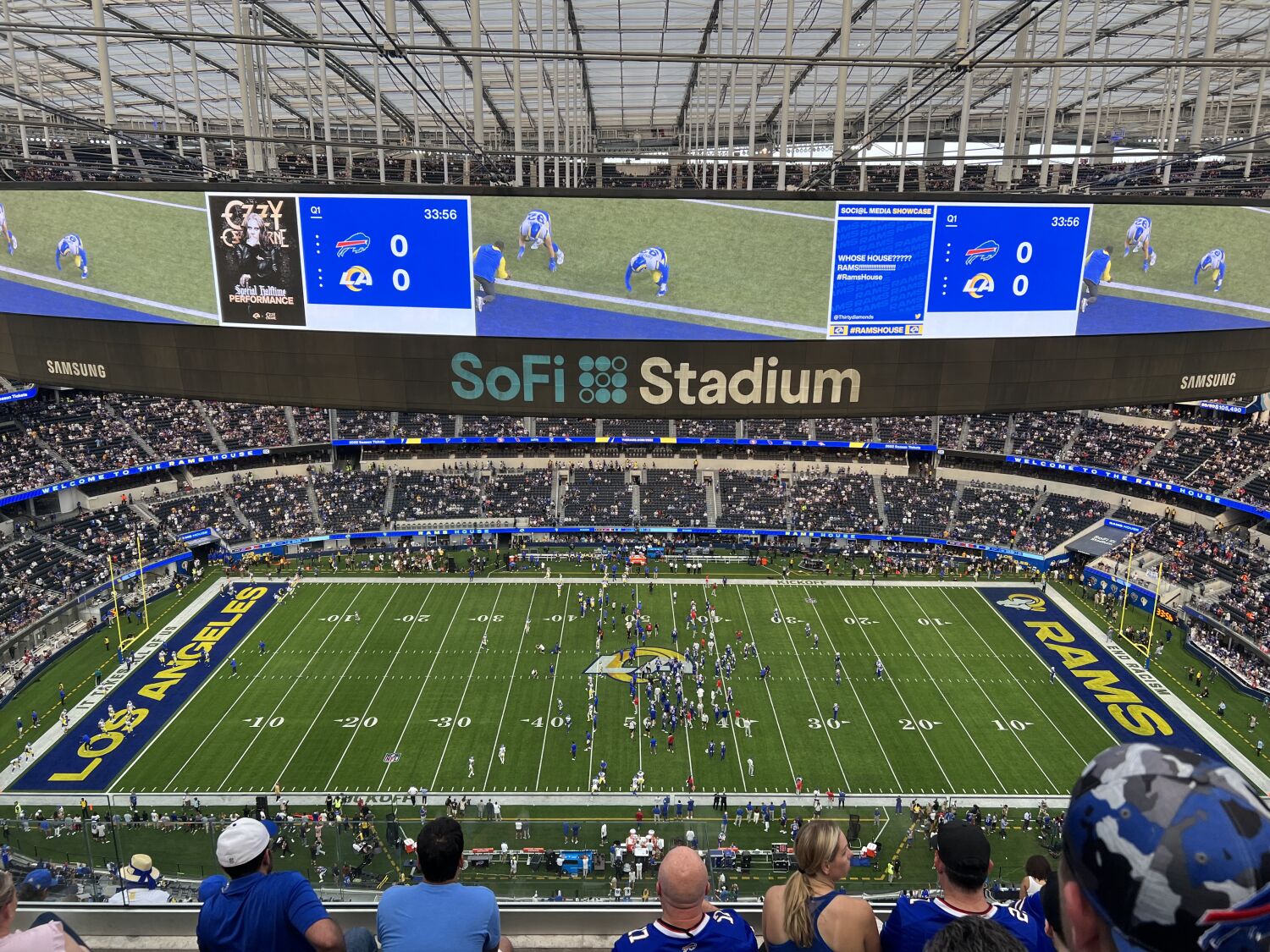 The St. John Bosco (3-0) vs. Santa Ana Mater Dei (4-0) high school football game, already the most anticipated matchup of the season, was supposed to be moved to SoFi Stadium. Negotiations had been going on for weeks. St. John Bosco was enthusiastic about playing at SoFi but needed the OK from Mater Dei.

On Tuesday night, Mater Dei sent out a letter from Joel Hartmann, the new executive director of athletics, announcing that the Oct. 7 game will remain at Santa Ana Stadium.

“We are grateful to the Sofi Stadium and Rams personnel for the opportunity to connect and discuss the possibility of being the first high school game at their incredible venue,” he said in the statement. “This invitation speaks volume to the caliber and admiration of the athletic excellence at Mater Dei High School, St. John Bosco High School, and the Trinity League. We have decided to remain at the Santa Ana Bowl.”

The Rams had put together the idea of a two-year deal so that St. John Bosco would give up its home game next year. But Mater Dei declined. It will remain at the 9,000-seat Santa Ana Stadium, where tickets for the game will likely sell out in minutes after they become available.

Having the game at SoFi would have been a boost for fans who have never attended the new venue. Parking, which usually goes for $95 and up, was supposed to have been limited to $10.

St. John Bosco coach Jason Negro, in a statement, said, “I cannot speak for the MD community or speculate as to why they made this decision, however I’m disappointed for the young people who are not allowed this opportunity regardless of reasoning. Our kids were excited to play at SoFi, but the venue won’t be the determining factor in who wins or loses this game. I hope the decision wasn’t made because of some home field advantage rationale.

“I know our kids will come and compete regardless of where the game is played. My job is to prepare them for MD, not for the field we are playing on. Right now our minds are locked in on Kahuku. And that’s what we will focus our attention on. If we have the opportunity moving forward and the logistics make sense, the Braves would love another crack at SoFi.”

Bally Sports West will televise the game, but the chance to watch the two best high school football teams in California, if not the nation, in SoFi could have produced a crowd of close to 20,000. Those type of attendance figures usually are limited to events like the East L.A. Classic matching Roosevelt and Garfield, which will be held this season at the Coliseum.

Some Mater Dei fans didn’t want to make the change because they would have to travel to Inglewood from Orange County in Friday night traffic, but the chance for players to play in a professional stadium that will host the College Football Playoff National Championship game on Jan. 9 would seem to be a once-in-a-lifetime opportunity.

St. John Bosco players have already played at the 18,000-seat, $60-million stadium at Allen High in Texas and Oregon’s Autzen Stadium. The Southern Section Division 1 championship game on Nov. 25 is at the Rose Bowl.

St. John Bosco almost played at SoFi last season, but the game fell through because of COVID-19 restrictions. Holding a high school game at SoFi has been difficult because of high rental obligations. Neither the Southern Section nor the City Section has been able to hold a championship game there.