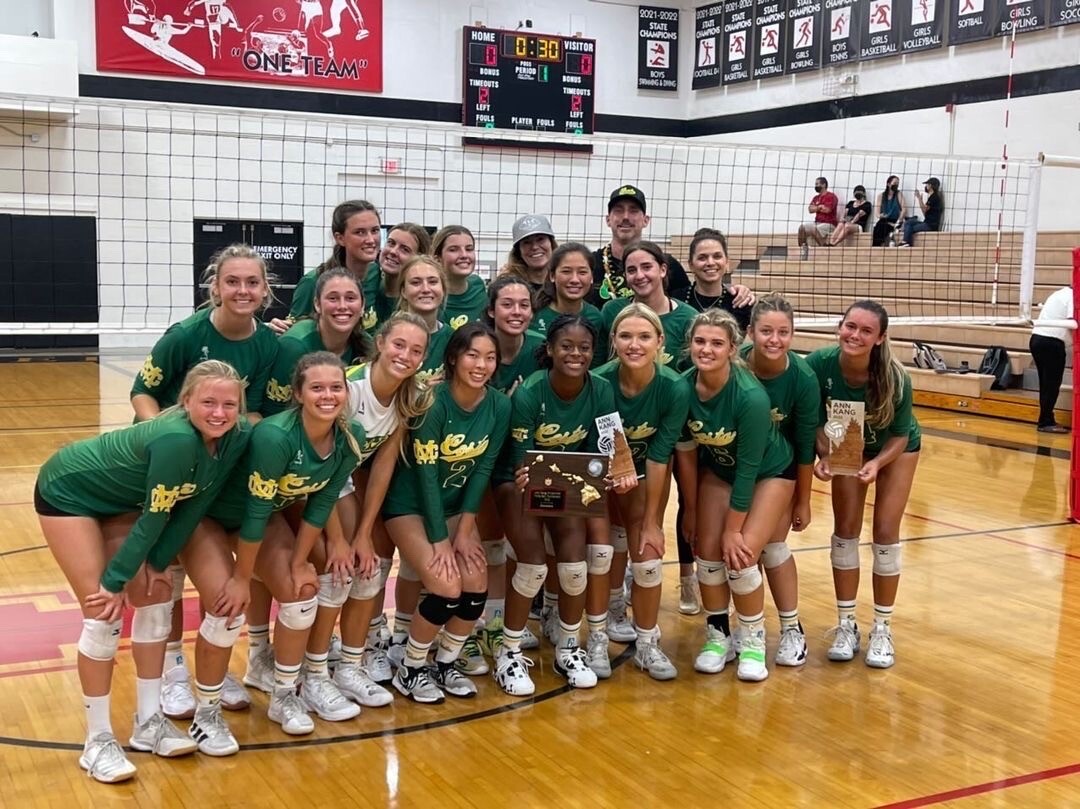 It was some of the best volleyball Mira Costa girls’ coach Cam Green had seen in a long time.

At long last, about 2,500 miles away from their respective Manhattan Beach and Chatsworth homes, Mira Costa and Sierra Canyon, two powerhouse Southern Section girls’ volleyball programs, lined up on opposite sides of the net for the first time in at least eight years.

The two teams had swept their way through the first two days of the preseason Ann Kang Invitational tournament in Hawaii. Finally, they met in the last match of pool play, Mustang against Trailblazer, and sparks flew.

“It was a fast-tempo game; it was really a college-level type of play,” Green said.

In the end, whichever toppled the other would take the tournament crown. Sierra Canyon gritted out a tough victory in their matchup in pool play, but when they met again in the championship round Saturday night, Mira Costa cracked the code en route to a 2-0 (25-20, 25-22) win.

It was a preview for what could be the most exciting girls’ volleyball season in years. In 2021, Marymount was the end-to-end championship favorite. This season, a handful of teams who competed in Hawaii _ Mira Costa, Sierra Canyon, Redondo Union, Palos Verdes and Harvard-Westlake — could climb the Southern Section mountaintop.

The crown jewel of that class is Mustangs setter Charlie Fuerbringer, committed to the University of Wisconsin. One of the best at her position in the nation, she was named the tournament’s “Most Outstanding Player.”

“From what I saw today, she could jump on a college team right now and play,” Sierra Canyon assistant Darrin Phillips said.

Fuerbringer, Green said, can turn even the worst of passes into capable sets.

“You can’t put a price tag on that,” Green said.

That made Sierra Canyon’s first-matchup win against Mira Costa “even sweeter” for Wigfall, she said, knowing Fuerbringer’s talent. In a 2-1 victory (25-21, 20-25, 25-23) where play extended well beyond the winning tally of 15 due to the win-by-two requirement, the Trailblazers showcased their own gamebreaker: 6-foot-3 senior and University of Pittsburgh commit Olivia Babcock.

The Trailblazers will run on Babcock’s shoulders this season — and Green had absolutely no answer for her in that first matchup.

“Every time they got a dig, I feel like they set Olivia, and they put the ball away every time,” Green said.

Mira Costa’s defense picked up in the championship match, which gave them the edge, Green said. But it was a tip-your-cap kind of tournament. And the two sides felt home-crowd love, even a long flight away from the mainland.

“A lot of parents came up to me from other schools in Hawaii,” Phillips said, “and said they liked watching beautiful volleyball.”

Mira Costa senior Tanon Rosenthal, who delivered the final kill against Sierra Canyon to win the championship, was given All-Tournament honors along with senior Drew Wright. A transfer from Austin High School in Texas, Rosenthal adds yet another layer to Mira Costa’s dynamic offense thanks to her ability to set as well as hit, switching interchangeably with Fuerbringer as attackers, Green said.