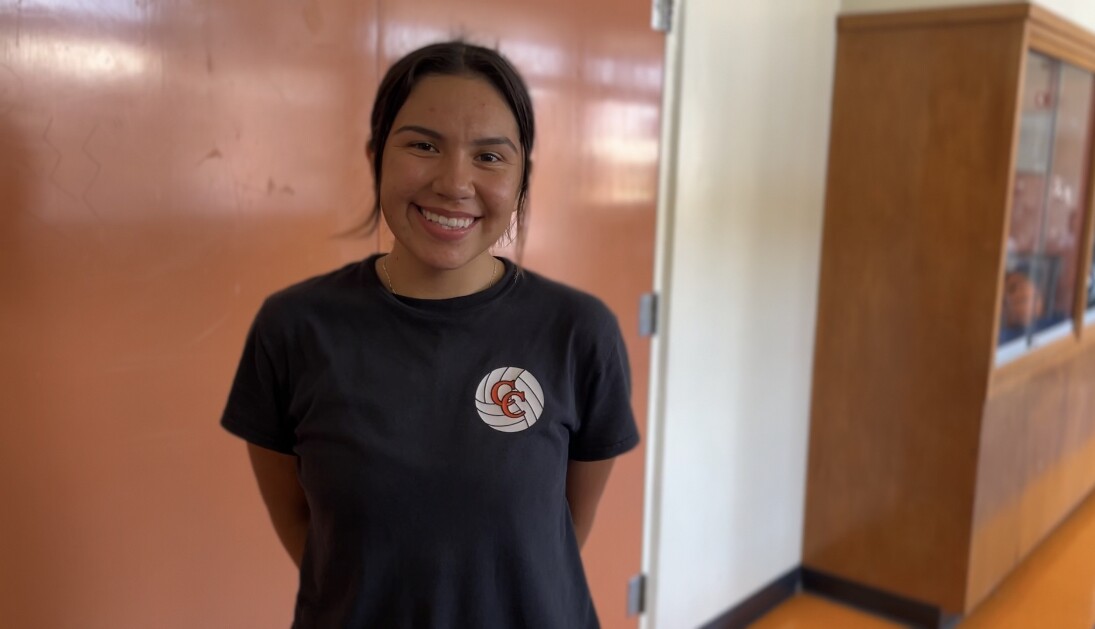 Her rebirth began in Mexico City, one of the best girls’ volleyball players in the City Section slapping a ball against her grandparents’ house for months as life back home threatened to move on without her.

It was a long, slow fall from the mountaintop for Geraldine Martinez. The Chatsworth senior was selected the City player of the year her freshman season, but lost motivation after COVID-19 hit. Her grades plummeted. She came to school late, listless.

The Mexico trip, in a sense, saved Martinez because it helped save someone else.

“It was me just starting all over, basically,” Martinez said of her return.

One Monday in the spring, Martinez and her family heard her grandfather in Mexico was dealing with heart issues. She told Sina Aghassy, coach of her Chatsworth and club volleyball teams, that she’d be leaving indefinitely.

“Kiddo, do the math,” Aghassy told Martinez. “Your grades aren’t great … it’s not really going to help you, only hurt you.’”

But family was family. So Martinez bought a plane ticket and flew out the same week.

She was, in most cases, the only one there. Martinez made her grandparents breakfast and lunch every day, gave them their medicine, helped her grandpa walk for some exercise.

The days passed, and in between rushing her grandpa to the emergency room and back, one week became two. Two became three. She stayed for two months, fighting a losing battle with trying to complete school online as her GPA dropped.

“I didn’t have much time to be doing my work,” Martinez said. “I tried my best.”

There were rays of sunshine, though. She got to spend Mother’s Day with her aunts and extended family, having the chance to truly connect with them for the first time. She scraped together some pesos to buy a volleyball. And slowly, she realized she was taking her life in Chatsworth for granted.

“Mexico is completely different,” she said. “It opened my eyes to a lot of things — they don’t have as much opportunity as we do. It just made me be thankful for everything that I have and for the people that I have, the time.”

When she returned, after her grandpa’s health had stabilized, her Chatsworth teammates sat down with her for a meeting and agreed to strip Martinez of her captaincy in the fall. Her grades were tanked. She hadn’t played organized volleyball in months.

Yet Martinez was determined to earn her captain stripes back.

“That’s really pushing me through, and I know it’s going to push me through the rest of the school year,” she said. “I keep my promises.”

She took some summer classes, Aghassy said, pulling her grades up to maintain eligibility. She’s the first one to set up the nets at practices, first to take out the trash, arriving early and staying late to help with frosh-soph and junior varsity players.

On the court, Martinez is playing some of her best volleyball since she was a freshman — the “heart and soul” of her Chatsworth squad, Aghassy said, leading a 7-5 team in kills.

She’s not taking any more moments for granted.

—Marymount has not lost a game since November 2019. In their latest effort, senior Torrey Stafford went into turbo mode when facing Vista Murrieta’s Claire Little, who’s been committed to BYU since eighth grade. Stafford dropped 17 kills in a three-set win, and libero Alexa Trapani had an incredible game in digging out some powerful spikes by Little.

—Chino Hills (10-0) emerged winners of the Chatsworth tournament this weekend, in a field primarily of City Section squads. Palisades (7-4) advanced the furthest of any team in the City, with Venice notably taking down Woodland Hills Taft after losing to them the previous weekend.