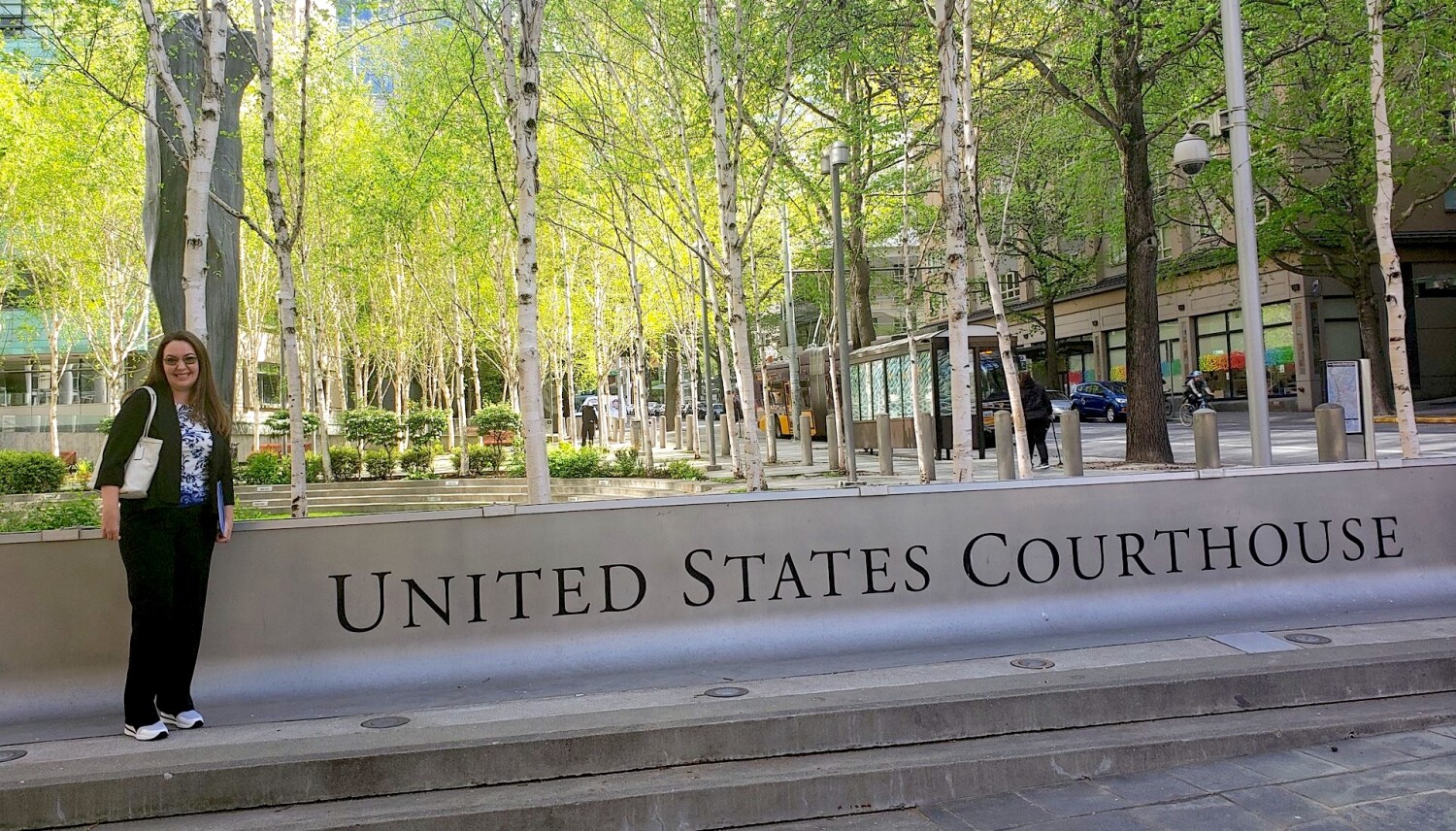 The former Tesla engineer who sued the company for defamation after she raised alarms about safety concerns and business practices won’t be able to make her case in open court after a Monday ruling by the U.S. 9th Circuit Court of Appeals.

But the case, which tested the limits of employment agreements and employee rights, is not dead. The engineer, Cristina Balan, said she’s likely to pursue her claims in arbitration.

A federal district court judge last year ruled that Balan could take her claims to court in a public trial. Tesla appealed that decision, arguing that her employment arbitration agreement with Tesla should remain in force, even though the alleged defamation occurred long after her resignation, which she said came under duress. On Monday, the 9th Circuit agreed.

The decision stems from a “loophole” in arbitration law that “allows a company to publicly defame you but leaves you stuck in private arbitration to defend yourself,” said Imre Szalai, an arbitration expert at Loyola University New Orleans College of Law.

Balan said Tesla defamed her in 2017, more than three years after she left the company, on the Huffington Post website. Commenting on a story the site had published about Balan, a Tesla spokesman charged that she engaged in criminal behavior by secretly recording meetings with supervisors and other employees. No evidence was offered. Balan said Tesla’s charges made it hard for her to find another job.

She originally sued Tesla in federal district court in Seattle, where a judge ruled that the elements of the defamation claims could be taken to public trial. But Tesla lawyers appealed to the 9th Circuit, seeking to keep the case in arbitration on the grounds Balan had agreed to resolve disputes in that venue when she accepted employment at the company.

In a unanimous ruling Monday, the three-member appeals panel kicked the case back to the district court, stating that the claims at issue should remain in arbitration. Because Tesla’s assertion of secret taping constituted a matter “arising or relating to” her employment, or “at least had ‘some direct relationship’” with her job, the arbitration contract she signed still applies, the panel said. Citing an earlier court decision, the appeals court said that if the allegations “touch matters” covered by the arbitration agreement’s language, it’s not a matter for the court.

Balan, who is representing herself without a lawyer, said Monday she was disappointed but would continue to press her claim against Tesla.

“Not too many people realize what this means for American workers,” she said. A company “can come after you again and again and again for as long as they feel like it,” while avoiding the scrutiny of a public trial.

Balan said she hopes her case, and the latest decision, will help drive support for arbitration reform bills wending their way through legislatures and Congress.

Szalai, who wrote a book detailing the history of American arbitration law, said that arbitration legislation was originally “designed for dispute between two business parties, not for employment disputes” but court interpretations have stretched the law’s applicability.

“Think about it, your former boss can threaten and scare and bully and defame you, but then you’re stuck in private arbitration,” he said. For those who see that as a problem, “the solution here would have to be a legislative solution.” A bill to reform arbitration law that addresses such issues has been stuck in Congress for years, he said, and only the end of the Senate filibuster would give it a chance of passage.

Tesla, which has disbanded its media relations department, could not be reached for comment. Tesla lawyers did not respond to a request for comment.

As recounted in an earlier story in The Times, Balan said she was forced to resign in 2014 after she complained about potential safety hazards in the then-upcoming Model S luxury sedan, and about contracts she believed were awarded more on friendships with suppliers than on quality and price.

Tesla Chief Executive Elon Musk has a history of going after critics, most famously in 2018, when Musk accused a rescue diver who criticized Musk’s plans to save a group of Thai boys trapped in a cave with a custom-built miniature submarine. Musk called the man a “pedo” on Twitter and a “child rapist” in an email to a reporter with no evidence. (A Los Angeles jury found the diver was not defamed. The boys were saved by cave divers; Musk’s sub was never used.)

Ruling in Balan’s favor in June 2019, Marsha J. Pechman, senior judge of the U.S. District Court in Seattle, found that although some of Tesla’s allegations were directly related to employment and must remain in arbitration, others could be tried in federal court, including whether Balan was defamed by Tesla’s assertion of criminality. She noted that Tesla had not made a case to back up the charge.

The judge had questioned Tesla’s legal stance: “It’s your position that, if 30 years from now there is a newspaper article that the plaintiff finds somehow maligns her, that no matter how old she is, no matter how far away her employment was from this, that she has to arbitrate it? She has forever signed away any cause of action that might mention her prior employment?” she said, according to a court transcript.

The case now goes back to Pechman’s courtroom, where she must decide how to proceed in light of the appeals court’s decision.

One victory Balan was able to secure: Pechman’s original ruling struck down the confidentiality clause in her agreement with Tesla. The appeals court did not revisit that part of the ruling. Thus, Szalai said, if the case moves back to arbitration, Balan will be able to talk, write or tweet about it publicly.