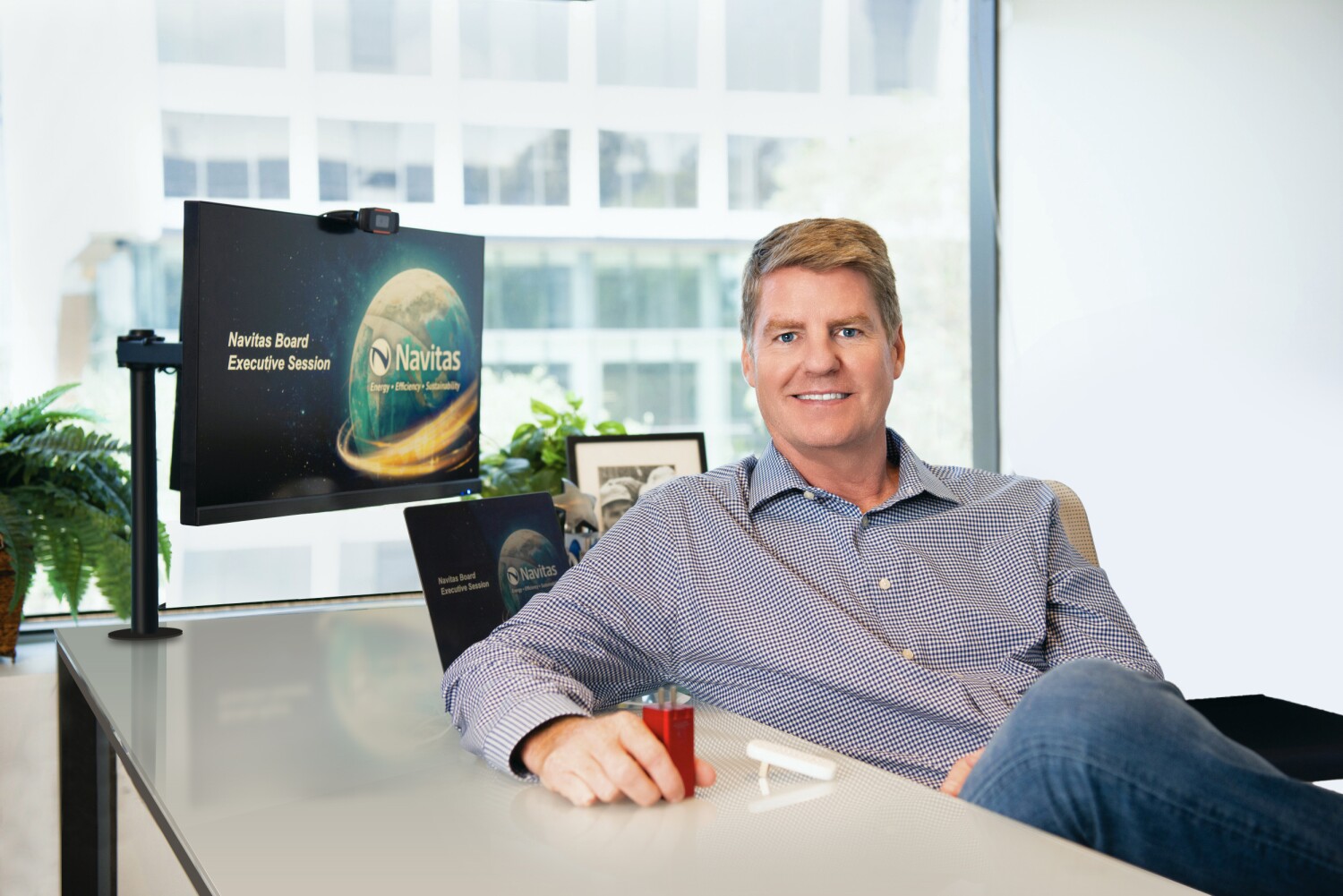 An El Segundo semiconductor company took its stock public Wednesday — straight into the maw of a global chip shortage that could pose either a threat or an opportunity.

The company is Navitas. Its stock offering created a company with an enterprise value of about $1 billion and brought in $320 million in cash. Navitas will use the cash to expand its core business — selling chips made of gallium nitride to makers of phone and laptop chargers — and move into new markets.

The vast majority of computer chips are made with silicon, but Navitas said its chips outperform that material for charging — they’re faster, cooler and more energy efficient.

With revenue of only $12 million and no profit yet, Navitas’ valuation reflects tremendous growth expectations both for gallium nitride chips in general and the company in particular.

Semiconductor supply chain problems could constrain that growth. Perhaps that’s why the stock was slow out of the gate, with the share price closing down 3.47% at $12.80.

But Sheridan said focusing on gallium nitride chips gives the company a supply chain edge, allowing it to take advantage of unused or underused chip fabrication plants built in the 1980s and 1990s. Those plants etch a large number of chips onto 6-inch-diameter wafers that are then cut into individual chips. Modern silicon fab plants turn out 12-inch and sometimes 18-inch wafers.

Because these gallium nitride chips are smaller than their silicon counterparts, a lot more can be put on a single wafer. That, plus gallium nitride’s current low-volume production, should help Navitas avoid the bottlenecks seen elsewhere in the chip business, Sheridan said.

Only 2% of the charger market today consists of devices made with gallium nitride chips, versus 98% for silicon chips. There are other gallium nitride power chip companies, but, according to Navitas’ filing documents, the company’s market share is bigger than the others’ combined.

The company has deals with major manufacturers such as Dell and big aftermarket suppliers such as Anker. It’s also pushing into new markets: data center computers, solar power inverters and power systems for electric vehicles. Sheridan plans to put much of the new cash into hiring, especially engineers. Today it has 160 employees, 60 in El Segundo.

Sheridan, 55, sees the old-school image as an advantage. “We’re made up of seasoned executives,” he said. “We worked at big companies. We know how to scale the business.”

Gallium nitride as a chip material has been around for decades. It’s already common for use in video screen LEDs and at cell tower base stations.

The material is much harder than silicon, and its crystal structure can take higher voltages while significantly boosting “electron mobility” — which in lay terms means data can be crunched faster using less electricity per calculation.

The drawback is cost. Silicon has dominated the semiconductor industry almost from its beginning, with performance evolving rapidly alongside a dramatic reduction in price.

The “secret sauce,” Sheridan said, is the company’s ability to combine several functions onto one integrated circuit, which analysts say puts it ahead of the pack.

Navitas’ chips are fabricated by Taiwan Semiconductor Manufacturing Co. and packaged onto circuits by Phoenix-based Amkor.

Within two years, system costs for gallium nitride should reach parity with silicon for charging and similar applications, Sheridan said.

Although Navitas might have been sold to a larger chip company, Sheridan acknowledged that given the easy financial markets of 2021, a public offering made more sense.

Navitas went public through a SPAC, or special purpose acquisition company, a popular if controversial alternative to the traditional initial public offering that requires less financial disclosure. It can be used as a quick way for management to cash out of a company that might not survive closer scrutiny.

The sketchy reputation of SPAC deals, Sheridan said, gave Navitas pause. To demonstrate that the company is in it for the long term, he said, it created a three-year lockup period before management can sell stock. Many SPAC lockups are set for a year or less.