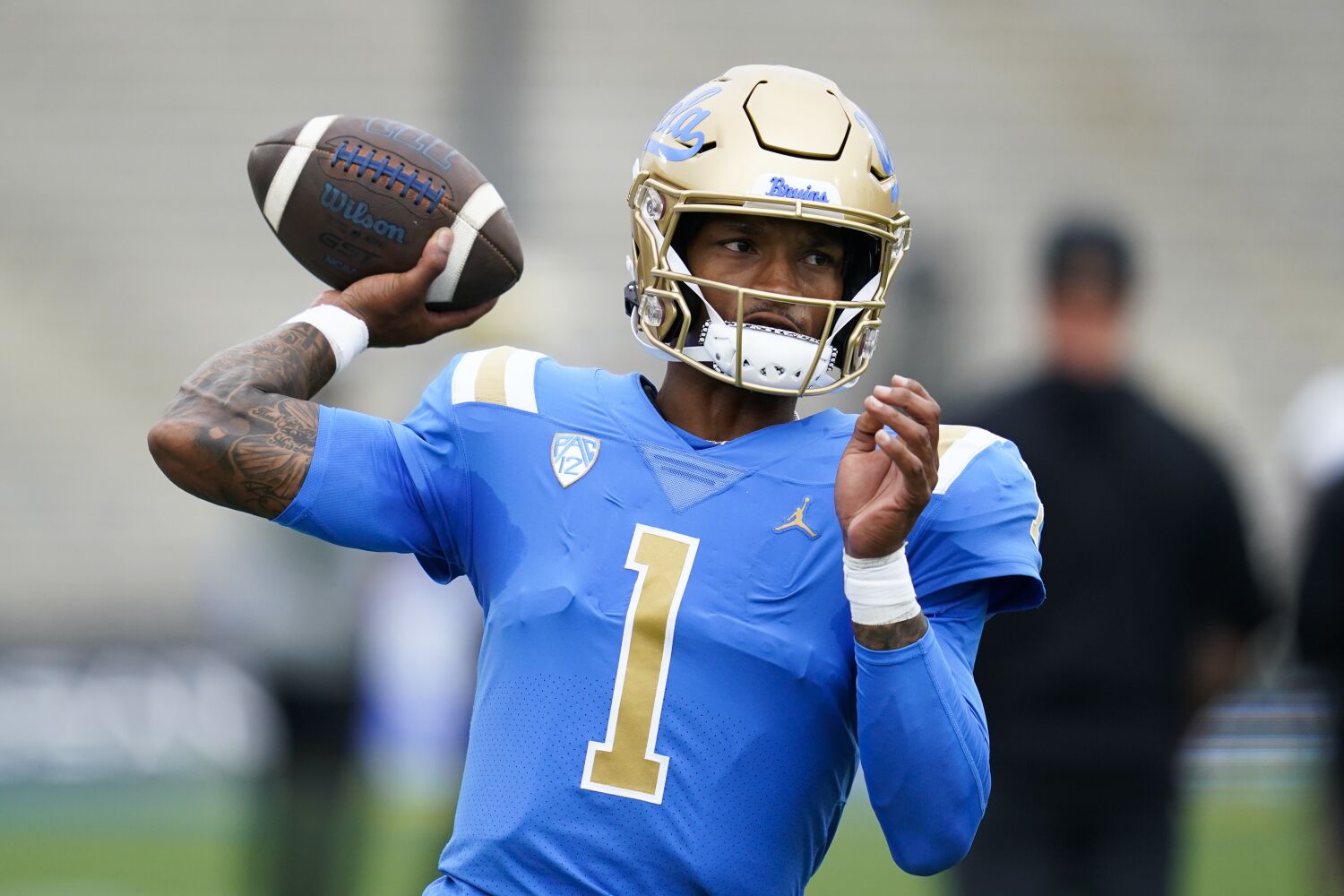 Two days after the UCLA coach did not play star running back Zach Charbonnet and pulled quarterback Dorian Thompson-Robinson in the middle of a series, there were strong indications that both players’ workload had been intentionally limited against Alabama State.

Thompson-Robinson revealed that he was removed early in the second quarter because Kelly wanted his backups to play the balance of the game against an overmatched Football Championship Subdivision opponent.

“Garbs got his call, it was his time,” Thompson-Robinson said Monday, referring to backup Ethan Garbers, “so I just had to get out of the game and be the best teammate I can be.”

On the second-to-last play before he departed, Thompson-Robinson took a hit and grimaced while gingerly walking back to the line of scrimmage, leading to speculation he might have been injured. Thompson-Robinson remained in the game for one more play, completing a 12-yard pass to Jake Bobo, before departing during an injury delay involving Alabama State’s Naytron Culpepper.

Thompson-Robinson said he was not hurt and acknowledged feeling torn about being taken out of the game.

“The competitor in me is a little frustrated,” Thompson-Robinson said, “[but] we have a great backup, as well as the rest of the guys in the quarterback room, so I couldn’t be more happy with how those guys played and how they executed the offense.”

Thompson-Robinson and Charbonnet both practiced Monday without limitations.

Kelly would not address the specifics of either player’s situation after UCLA’s 45-7 victory over the Hornets, saying only that they were “unavailable.” His sidestepping questions led to theories about load management, given the Bruins’ likelihood of prevailing without their top two offensive players.

Charbonnet did not appear hobbled before the game and spoke with reporters last Wednesday, indicating he was available to play at that point.

Thompson-Robinson said there was no forewarning about his workload being limited.

“My whole mind-set and goal was to play the whole game,” said Thompson-Robinson, who completed nine of 11 passes for 101 yards and a touchdown. “It didn’t work out that way, but I’m thinking I’m playing the whole game as far as in pregame.”

Kelly said Monday that 88 players participated in the game, including walk-ons and third- and fourth-stringers. UCLA (2-0) won so handily that three backup quarterbacks played after Thompson-Robinson’s departure.

The Bruins used five running backs with Charbonnet held out, generating 220 yards and five touchdowns on the ground, including Garbers’ seven yards and two touchdowns in two carries.