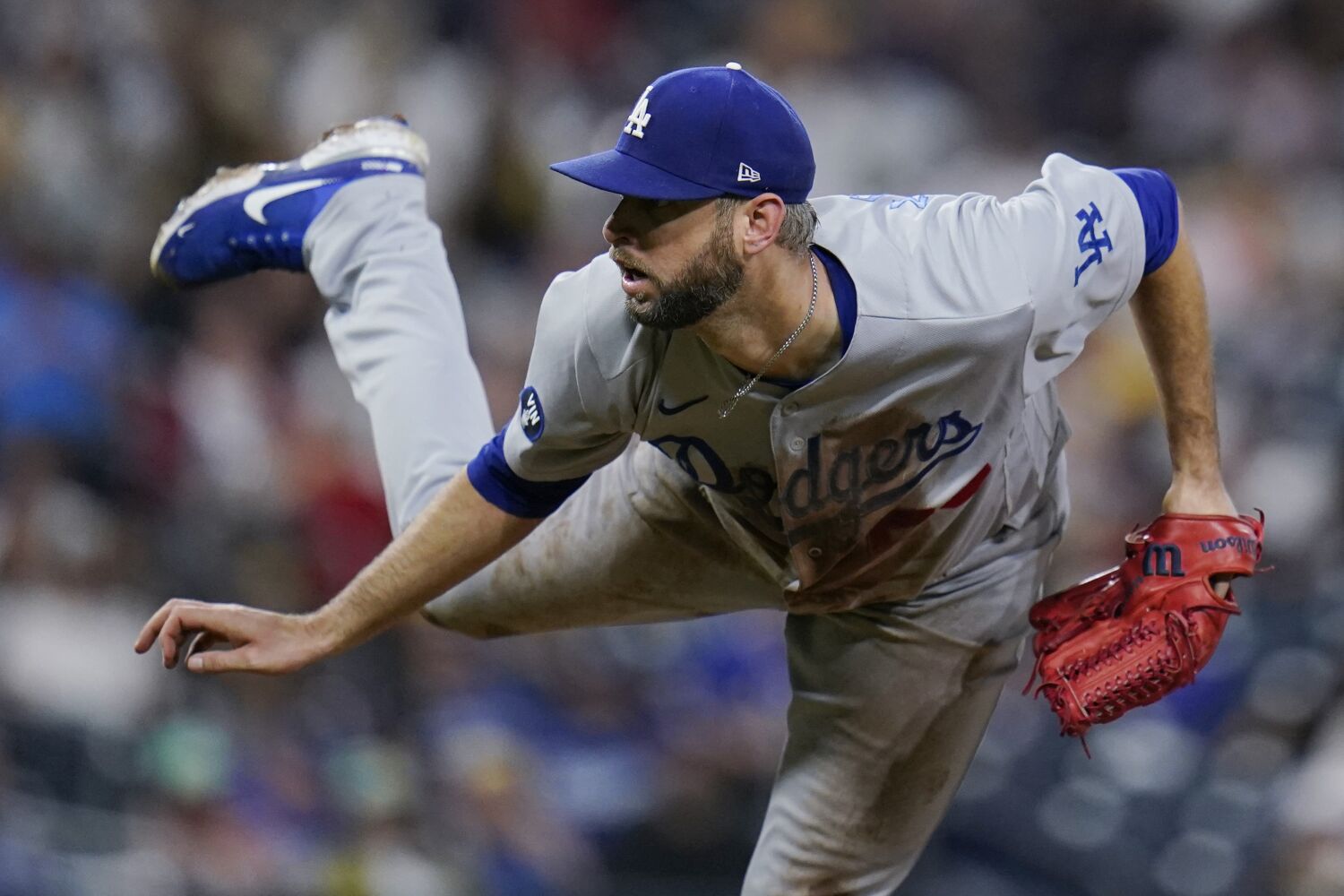 The champagne can stay on ice at least through the weekend. The Dodgers won’t be clinching the National League West in San Diego in the next couple days.

Needing a sweep against the Padres this weekend to lock up the division title on the opening leg of their three-city trip, the Dodgers instead lost the series’ opener in extra innings on Friday night, getting walked off on Jake Cronenworth’s 10th inning RBI single in 5-4 loss at Petco Park.

For the Padres, Friday’s win was monumental, moving them into the National League’s second wild-card spot and four games clear of the playoff cut line.

For the Dodgers, it was far less consequential, evidenced by their decision to use journeyman reliever Heath Hembree in the bottom of the 10th to try and extend the game.

Hembree couldn’t, recording only one out before Cronenworth ripped the game-winning hit into right field, dropping the Dodgers to 4-7 in extra-inning games this season.

The Dodgers still lead the NL West by 18 games. But with their magic number stuck at six, the earliest they will now be able to clinch the division is Tuesday, when they’ll be in Arizona facing the Diamondbacks.

After first pitch was delayed 45 minutes because of rain, showers were still coming down when Freddie Freeman opened the scoring in the top of the first, driving a 446-foot home run through the mist for his 18th long ball of the year.

After a bunt single and borderline walk in the bottom of the second, May threw an outside cutter that Trent Grisham pulled to right, landing a three-run home run in the Petco Porch to put the hosts in front.

That lead didn’t last long either.

The Dodgers tied the game in the third, loading the bases with one out before Freeman hit a sacrifice fly and Will Smith drove in another run with a swinging bunt up the third base line.

Then, in the top of the fourth, Trayce Thompson marked his first game back in San Diego since being cut by the Padres earlier this year with a solo home run to left, his ninth since being acquired in a midseason trade by the Dodgers.

Some shoddy Dodgers defense gave the lead away again, when Mookie Betts uncharacteristically booted a Manny Machado single in the fifth, allowing Juan Soto to race home from first base.

May committed an error later in the inning, failing to field a comebacker. However, he escaped the inning without further damage, retreating to the dugout for the final time with a fiery scream and bent-over fist bump after an 82-pitch outing.

In four starts since returning from Tommy John surgery, May has a 4.29 ERA. On Friday, his command remained inconsistent, as he walked three batters and hit another. But unlike last week, when he gave up six runs to the Padres back in Los Angeles, he danced out of danger better this time, retiring six in a row at one point before limiting the damage in the fifth.

Both teams’ middle relievers kept it tied from there. The Dodgers managed just three baserunners between the fifth and eighth innings, stranding each one. However, they also got a scoreless frame from Caleb Ferguson in the sixth, 1⅓ quiet innings from Chris Martin in the seventh and eighth, and two outs from Phil Bickford to keep the game knotted heading into the ninth.

After Padres closer Josh Hader retired the Dodgers in order in the top half of the inning, Craig Kimbrel answered with a scoreless inning, retiring the Padres Nos. 9, 1 and 2 hitters in order, capped by a flyout from Juan Soto.

Kimbrel has a 3.81 ERA on the season, his lowest mark since the beginning of July.

Hembree, a midseason minor-league signing by the team who was only called up two weeks ago to provide some extra depth in the bullpen, wasn’t so effective in the 10th, unable to extend the game after the top of the Dodgers lineup went down in order.

Max Muncy wasn’t in the Dodgers lineup Friday after getting an injection in his knee this week to alleviate some discomfort. Roberts said he hopes to have Muncy available off the bench Saturday … Roberts said Gavin Lux (neck) won’t play this weekend, though still isn’t going on the injured list … Injured pitchers Tony Gonsolin (forearm), Brusdar Graterol (elbow) and Yency Almonte (elbow) could all throw bullpen sessions on Sunday as they progress in their recoveries.