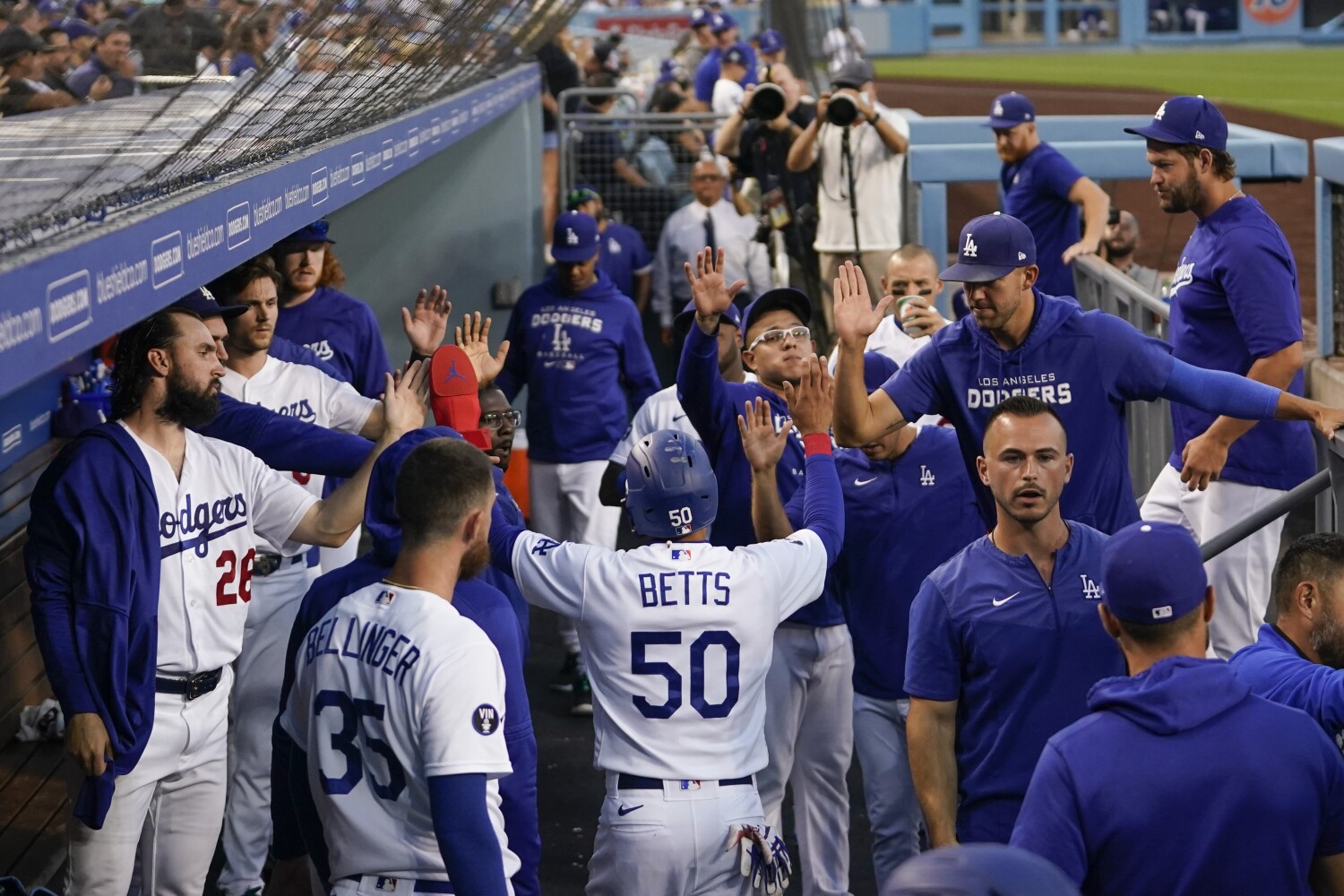 The Astros and Yankees in Los Angeles. Mookie Betts returning to Fenway Park. And, for the first time since interleague play was introduced in 1997, the Dodgers facing all 29 other Major League Baseball clubs at least once over the course of the year.

Those were some of the big highlights revealed Wednesday, when MLB announced full 2023 schedules for the Dodgers and every other team in the league.

The Dodgers’ season will begin on March 30 and run through October 1. Under the new scheduling format, it will feature fewer games against division foes and at least one matchup with every team from the American League.

Here are 10 key dates to keep in mind:

The Dodgers will renew their rivalry with the San Francisco Giants for the first time during a three-game series in San Francisco in mid-April. They will be the first of only 13 games the teams play against each other, down from the 19 annual matchups they’ve staged under the old scheduling format.

The Dodgers first trip to San Diego could also be a major date for the Padres: If they miss the playoffs this year, then star shortstop Fernando Tatis Jr. wouldn’t be eligible to return from his suspension until the first game of next May’s series against the Dodgers.

That could change if the Padres make the postseason (any playoff games Tatis misses would count toward his 80-game suspension), but either way, it figures to be an important early-season clash between the best two teams in the division this year.

The Dodgers will make their annual trip to Atlanta from May 22-24, to face a Braves team they’ve battled in each of the past two postseasons. Then, they will conclude their trip in Tampa Bay — the first of their eight road series at American League ballparks, and their first with the Rays since the 2020 World Series.

The Dodgers and Yankees will play each other in the regular season for the first time since 2019 when the Bronx Bombers come to Dodger Stadium in early June. The only question: Will the two teams meet even sooner, as two of the favorites to make it to the World Series this year?

The new schedule does allow each team to play a home-and-home with one interleague foe. For the Dodgers, that means a continuation of their normal Freeway Series routine against the Angels. The teams will meet in Anaheim in late June, then at Dodger Stadium July 7-8.

It will have been six years since the Astros 2017 cheating scandal occurred, and more than three years since it was revealed publicly. Yet, tensions will no doubt run high when the Astros make their second visit to Los Angeles in three years next June. It’s possible they could meet even sooner as well, with both teams currently leading their respective leagues.

For the first time since winning their neutral site World Series at Globe Life Field in Arlington in 2020, the Dodgers will head back to the Texas Rangers home ballpark next July for another interleague trip. It will also mark their first reunion with former shortstop Corey Seager.

Perhaps the most sentimental weekend of the season will come in late August, when Mookie Betts will return to Fenway Park for the first time since the Boston Red Sox traded him to the Dodgers almost three years ago. It will be the Dodgers’ first trip to Boston since 2019.

The Dodgers will finish their 2023 season with an unusual seven-game trip. It will start in Colorado, where they will play a split doubleheader against the Rockies on Sept. 26. Then, they finish in San Francisco, closing the season against their biggest division rival.