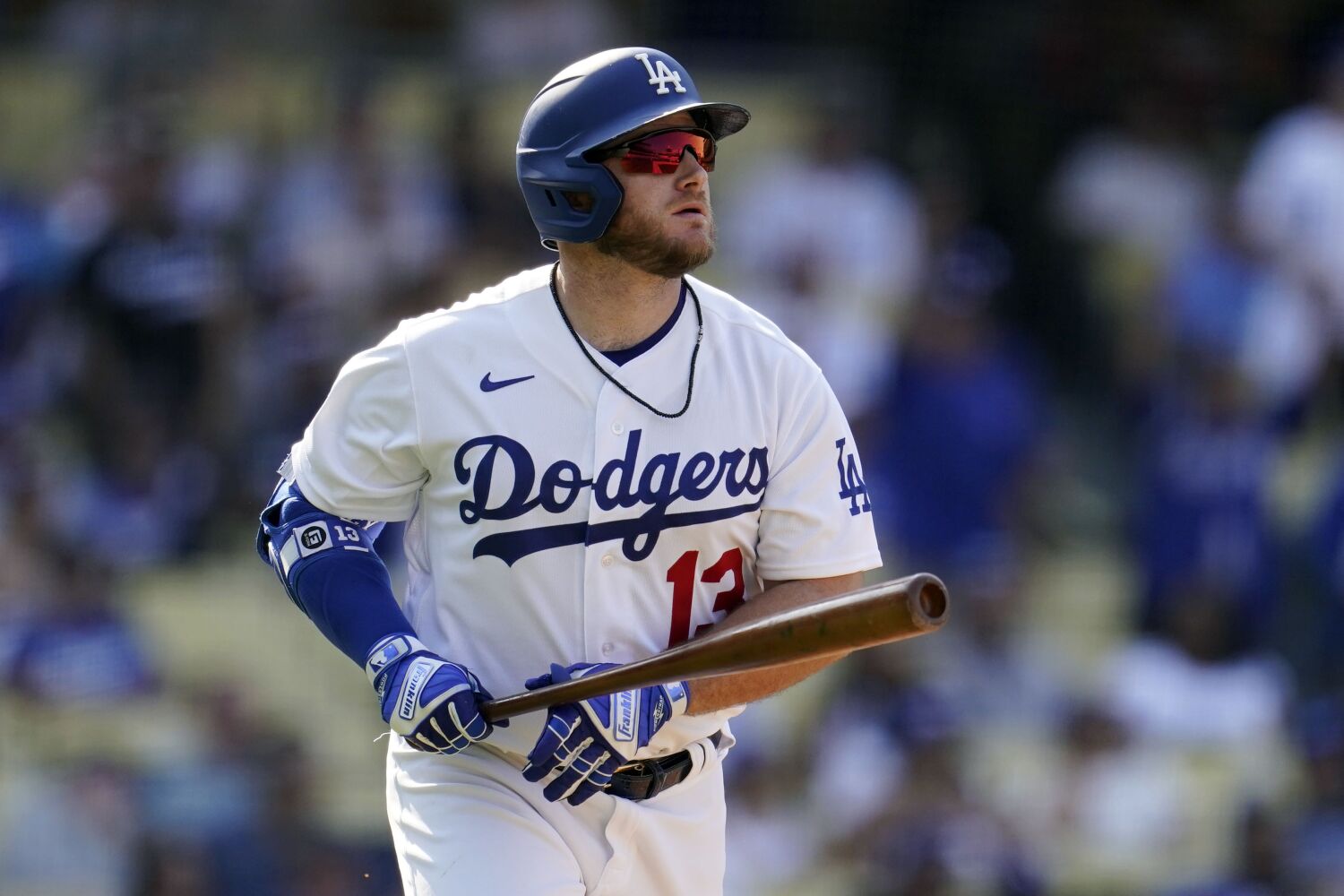 Max Muncy hit the ball high and deep to the warning track in right field.

It barely got past a diving effort by Manny Machado, the San Diego Padres third baseman.

More than a year removed from one of the most unusual doubles of his career, when Machado nearly robbed him of extra bases on an extreme defensive shift during a game at Petco Park last June, Muncy vividly recalled the play on Friday, reliving the flashback in the wake of Major League Baseball’s announcement of major 2023 rule changes.

Next season, shifts like the one Machado was in will be banned, with teams soon to be required to have two infielders on either side of second base, and all four infielders standing on the dirt.

The league also announced it will institute a pitch clock for the first time, to 15 seconds when the bases are empty and 20 seconds when someone is on base; limit pickoff attempts and step-offs for pitchers, as well as timeouts at the plate for hitters; and introduce slightly larger bases that might make stealing easier.

It was one of the most sweeping sets of rule changes baseball has seen.

And in the immediate aftermath, opinions in the Dodgers clubhouse varied.

From a hitter’s perspective, Muncy wasn’t sure how much of an impact the elimination of infield shifts would make. He acknowledged it will be nice for left-handed hitters like him to not see line drives into right field converted into outs by extremely shifted infielders. At the same time, he wondered if weakly hit grounders will more often turn into base hits, too.

“I don’t feel like you should get rewarded for that rollover ground ball,” he said. “The one I care about is when you hit the line drive … and there’s a guy sitting there.”

The shift ban will have defensive repercussions, as well, especially for a Dodgers team that has become notoriously effective at positioning its infielders in various formations across the diamond.

“It will impact, it absolutely will,” manager Dave Roberts said. “But this is something that Major League Baseball, the players side feel that it’s best for the game. I’m on board. So we’ve got to manage within that structure.”

The pitch clock might be an even starker change.

In hopes of speeding up the pace of games, pitchers and hitters will now be timed between pitches. If a pitcher hasn’t begun his delivery when the clock expires, it will be an automatic ball. If hitters aren’t ready with at least eight seconds remaining on the pitch clock, an automatic strike can be called.

Each at-bat, pitchers will also only be allowed two step-offs from the rubber and only two pickoff throws (if they attempt a third and don’t record an out, the base runner will automatically advance a base). A hitter will only be allowed to call time once per plate appearance.

“It keeps the pace of play,” Roberts said. “I think that’s a good thing.”

It will require adjustments, though.

Currently, not one of the Dodgers’ 12 qualified pitchers averages a pitch tempo that would comply with the pitch clock rules.

Reliever Caleb Ferguson said the pitch clock didn’t affect him much during a stint in triple A earlier this year — the rule has been implemented in the minor leagues this year as a trial run — but also noted the potential that it could impact high-leverage situations at the end of games.

“Personally, I think it could be a really good thing,” Ferguson said. “I think they just might have to make a couple tweaks with it, because it can’t dictate a game … You don’t want a pitch clock running out of time being the reason you lose a game.”

On the whole, Roberts thought Friday’s changes will be good for the game.

When asked if it could change the way clubs value players and view roster construction, he slyly smirked.

Muncy wasn’t in the Dodgers lineup Friday after getting an injection in his knee this week to alleviate some discomfort. Roberts said he hopes to have Muncy available off the bench Saturday … Roberts said Gavin Lux (neck) won’t play this weekend, though still isn’t going on the injured list … Injured pitchers Tony Gonsolin (forearm), Brusdar Graterol (elbow) and Yency Almonte (elbow) could all throw bullpen sessions on Sunday as they progress in their recoveries.