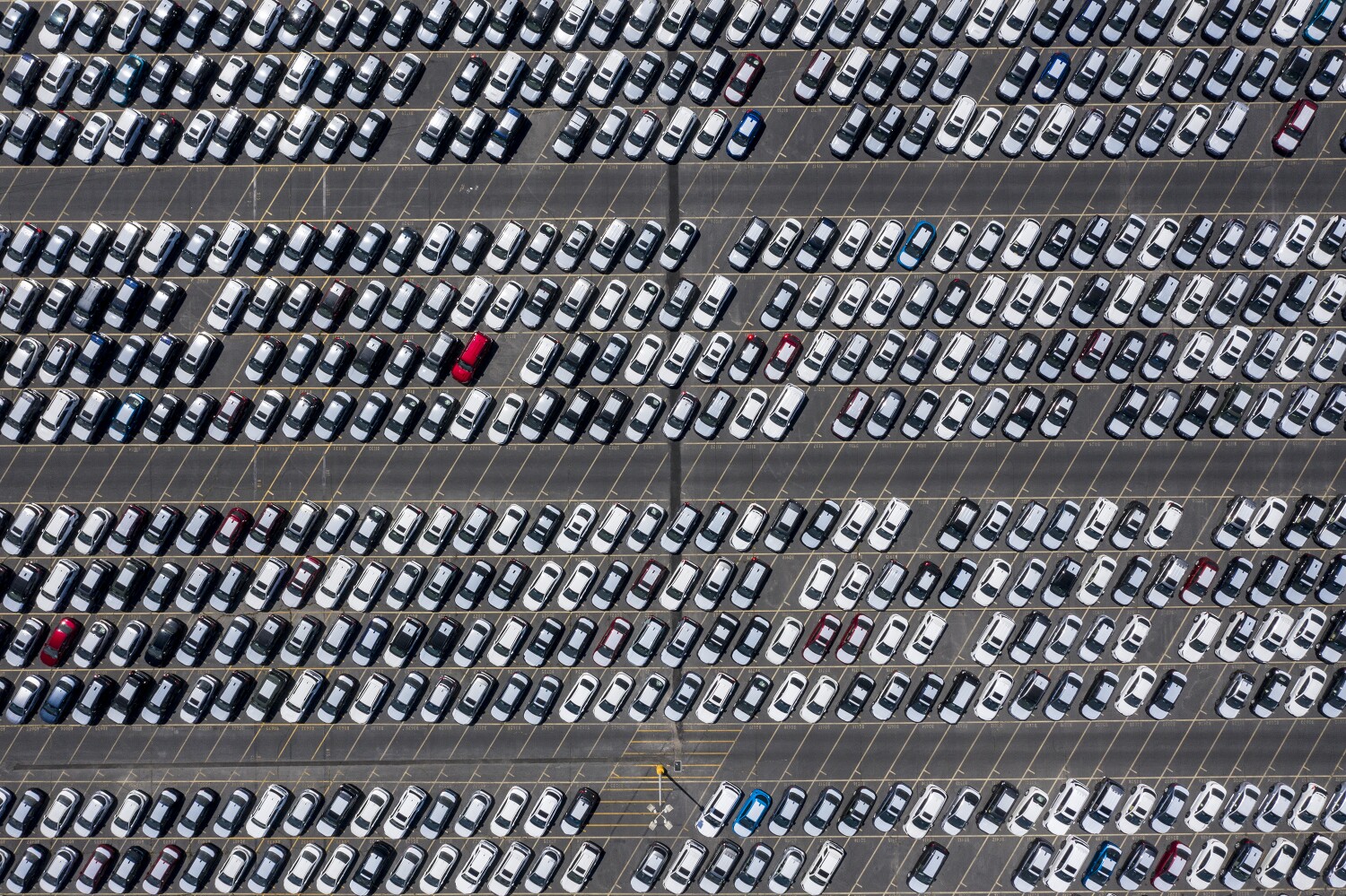 Clarissa Iliff logged about 78,000 miles on her trusty 2015 Ford Focus before a looming new-car purchase rendered it expendable earlier this year.

Trying to unload it, the Orange resident took the Ford to a local car dealership, which offered her $4,850 for the sedan in late March. But that was about $1,000 less than the low-end valuation from automotive research company Kelley Blue Book, so she passed.

It was the right decision. On Monday, Iliff sold the vehicle to CarMax in Costa Mesa for $6,400.

“I didn’t expect to get that much,” said Iliff, 31, director of business operations at BOTEC Analysis, a public policy research and consulting firm. “I am absolutely pleased with the financials.”

Iliff benefited from a red-hot used-car market, which has been roiled by a once-in-a-generation set of circumstances brought on by the pandemic. Last year’s collapse of the rental car market, ongoing production issues in the new-automobile business and droves of buyers flush with stimulus checks have turned the used-car market upside down, leading to a shortage of inventory that has sent asking prices soaring to historic levels in the Los Angeles area and nationally.

“If you have an extra car to sell it’s a great time — there may never be another time greater than this,” said Eric Ibara, director of residual values at Kelley Blue Book, a subsidiary of Cox Automotive. “But if you’re selling a used car to buy another car, it could be difficult. I’ve been in the industry 30 years now and I have never seen the market as hot as it is.”

At Worthington Ford in Long Beach, there are 137 used cars for sale — only a little more than half of what it would typically have on offer, said Ates Baydu, the dealership’s director of e-commerce operations.

“Our inventory is decimated quite a bit right now,” he said. “It was really brisk a couple months ago; right now it is turbocharged.”

A confluence of events has limited used-car inventory.

The near total shutdown of the rental car business is one key factor. Rental car companies typically are steady contributors to the used-car inventory nationwide, reliably refreshing their stables every 12 to 18 months by selling older rides on the used market. However, when the rental car business dried up last year, many operators stopped buying new cars while also quickly unloading huge portions of their existing fleets. That has meant fewer used rental cars hitting the market this year — and it’s a trend experts expect to continue.

“Sales into rental fleets were down 50% last year, which means … 12 to 18 months [later] the supply coming into the used-car market would be down by 50%,” said Larry Dixon, a vice president at the National Independent Automobile Dealers Assn. “It is going to get worse as the year progresses.”

Also, consumers have recently reentered both the new- and used-car markets in earnest after sitting on the sidelines during the early days of the pandemic — when stay-at-home orders kept many off the roads.

“Things are opening up now, consumers want to get out of the house — we have the worst case of cabin fever in history,” Dixon said. “People want to drive and go places. You have … very strong demand.”

Many of those additional buyers are shopping with extra money in their pockets from annual tax refunds and government stimulus checks — and interest rates are still at historically low levels. Such factors may make it seem like a great time for the new-car market, but an ongoing global semiconductor shortage has slowed automakers’ efforts to ramp up production of vehicles after having shut down manufacturing plants during the pandemic. The lack of new cars has pushed customers who can’t or don’t want to wait for their preferred new rides to turn to used ones.

In the L.A. area, 86,994 used cars were sold during the 30-day period that roughly corresponded to the month of March, an increase of 52% from a year earlier, according to Cox.

An all-time record for the average list price of a used car in the L.A. area was set in the fourth quarter of 2020, when it hit $23,587. Although the average list price is down from the high mark, that change follows a typical pattern, which sees asking prices trend upward at the end of the year, then dip in the first quarter and increase in the spring. Experts said they expect list prices to rise in the months ahead.

“You cannot make more 3-year-old used cars, so we are limited by the supply already out there,” Ibara said. “So if you can’t increase supply, the only thing that can happen is the prices go up.”

And there are still other factors driving inventory lower and prices up. Among other pandemic-driven idiosyncrasies, there are fewer vehicles entering the used-car market via repossessions, Ibara said, because banks and other financial institutions have given consumers a break during the global cataclysm, allowing them to delay car payments. Also, consumers aren’t trading in their used vehicles at the typical pace, hurting dealers’ ability to replenish their inventories.

It all adds up, Ibara said, to “quite a roller coaster ride.”

“This hasn’t played out entirely — we don’t know how long it will take to solve the [new-car] supply chain issues, for example,” he said. “We don’t really know what’s going to happen for the rest of the year.”

In Hawaii, semiretired musician Cyrus Faryar sold his inoperable 2008 Mazda Tribute in mid-March for $800 — roughly a few hundred dollars more than its Kelley Blue Book value. The car, with a transmission that had given out in January, had attracted about 30 interested parties after it was listed on Facebook Marketplace, he said.

Faryar, who lives just outside Hilo, Hawaii, marveled that a vehicle that “could have easily been destined for the junkyard” attracted so many prospective buyers. He estimated it would take about $3,000 to repair the Mazda, which had about 190,000 miles on it.

Now, Faryar is considering buying a used pickup truck, and has been perusing Craigslist for one. He’s girding himself for an adventure.

“My sense of the secondary car market at the moment: It is a lively environment!” he said.

Faryar is right. And, Dixon said, it makes for “the frothiest market” on record.