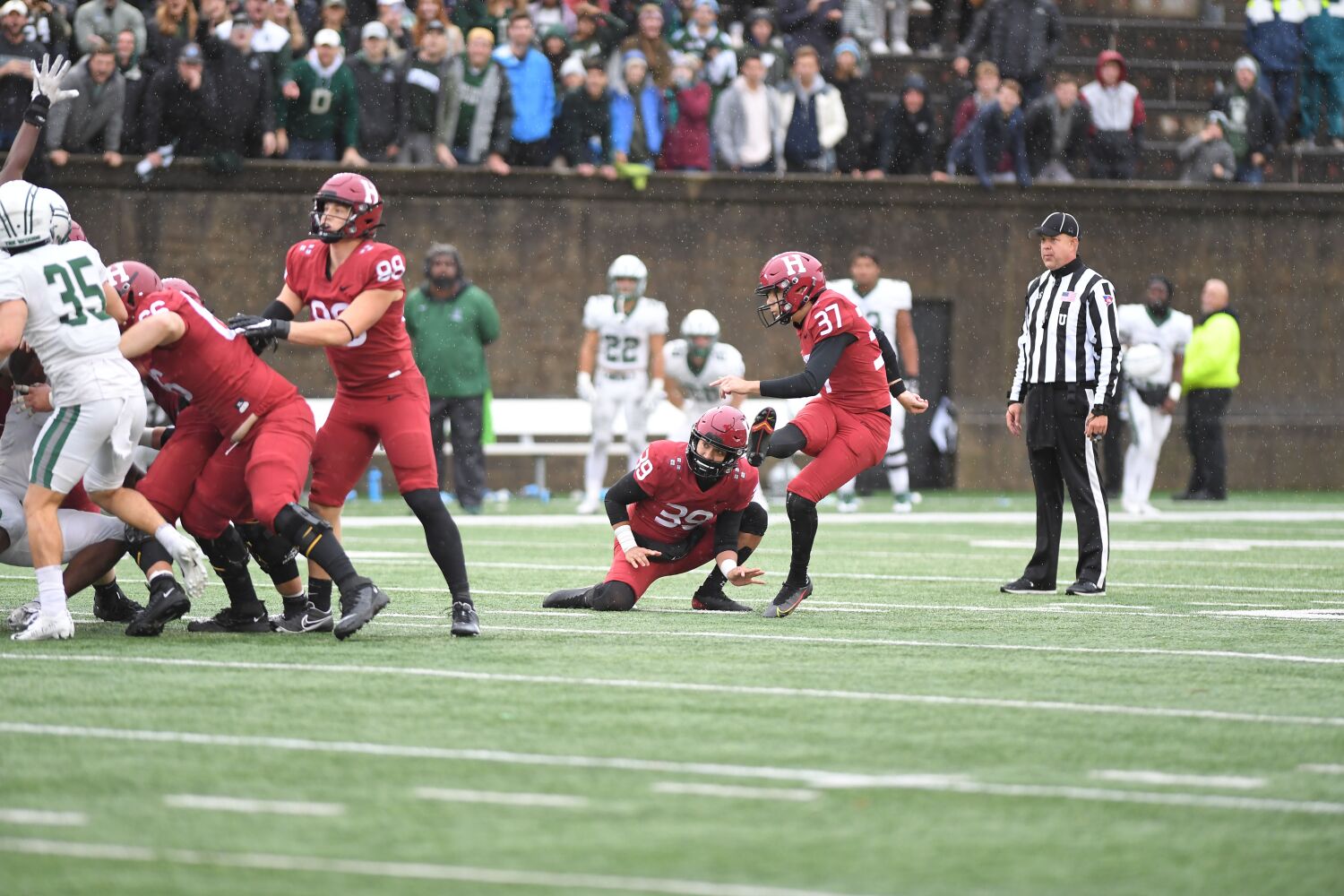 In this changing world of college football, high school recruiting and name, image and likeness deals, there’s one league and one group of schools sticking with tradition and not budging from the idea that education comes first: the Ivy League.

“You have to love football to do this,” said former West Hills Chaminade kicker Jonah Lipel, an All-Ivy League selection entering his senior year at Harvard. “Nothing is handed to you. You have to grind. It’s been tough, but I’ve had some good friends and met some amazing people.”

The Ivy League football season begins this weekend. There are several Southern California natives on rosters among Harvard, Yale, Brown, Columbia, Cornell, Dartmouth, Penn and Princeton. Most importantly, you don’t get to participate unless academics come first, an emphasis that keeps the Ivy League pretty unique.

The good news is that making SAT and ACT scores paramount no longer is part of the Ivy League equation. Grade-point averages, character, football ability and off-field achievements will increase options for individuals seeking the Ivy League experience in the coming years.

“That’s huge,” Lipel said. “That gives more people access. Before it was real cutthroat. You had to have this score and this GPA. It’s a more equitable playing field.”

Yet the emphasis remains on education, no matter the sport.

“It’s really big on being a true student-athlete,” he said. “You don’t get any sympathy being an athlete. You have to balance both. It’s really a grind, especially in the spring, lifting at 5:45 a.m. with snow outside and tests if you really want to do it.”

Lipel is entering his fifth year at Harvard, although he lost out on the 2020 season because of the pandemic. He has made it through snow days, long nights of studying and changing his major, going from wanting to be a doctor when he arrived in 2018 to focusing on finance and business. It’s all part of the Ivy League experience.

“The opportunities are limitless,” he said.

The transfer portal has certainly affected the Ivy League. Players have taken advantage of it to test their football skills at a higher level. Notre Dame, UCLA and Penn State have been destinations.

Lipel considered that option after making 15 of 19 field goals last season. He came home for Thanksgiving and talked it over with his parents. He decided he had “unfinished business” at Harvard.

Lipel gets to face three other Chaminade players on Ivy League teams.

“It’s fun to always beat them,” he chuckled.

The Ivy League certainly isn’t standing pat. Facilities are being modernized. NIL deals are happening. And with so many players expected to be future lawyers, who needs an attorney to negotiate for them?

“If Cheez-It wants me to be the face of the company, I’ll consider it,” Lipel said.

Never doubt the personality or long-term thinking of an Ivy League kicker from Los Angeles.

“I was excited to see snow the first time, but it gets boring really quick,” he said. “L.A. is unbeatable in my mind.”