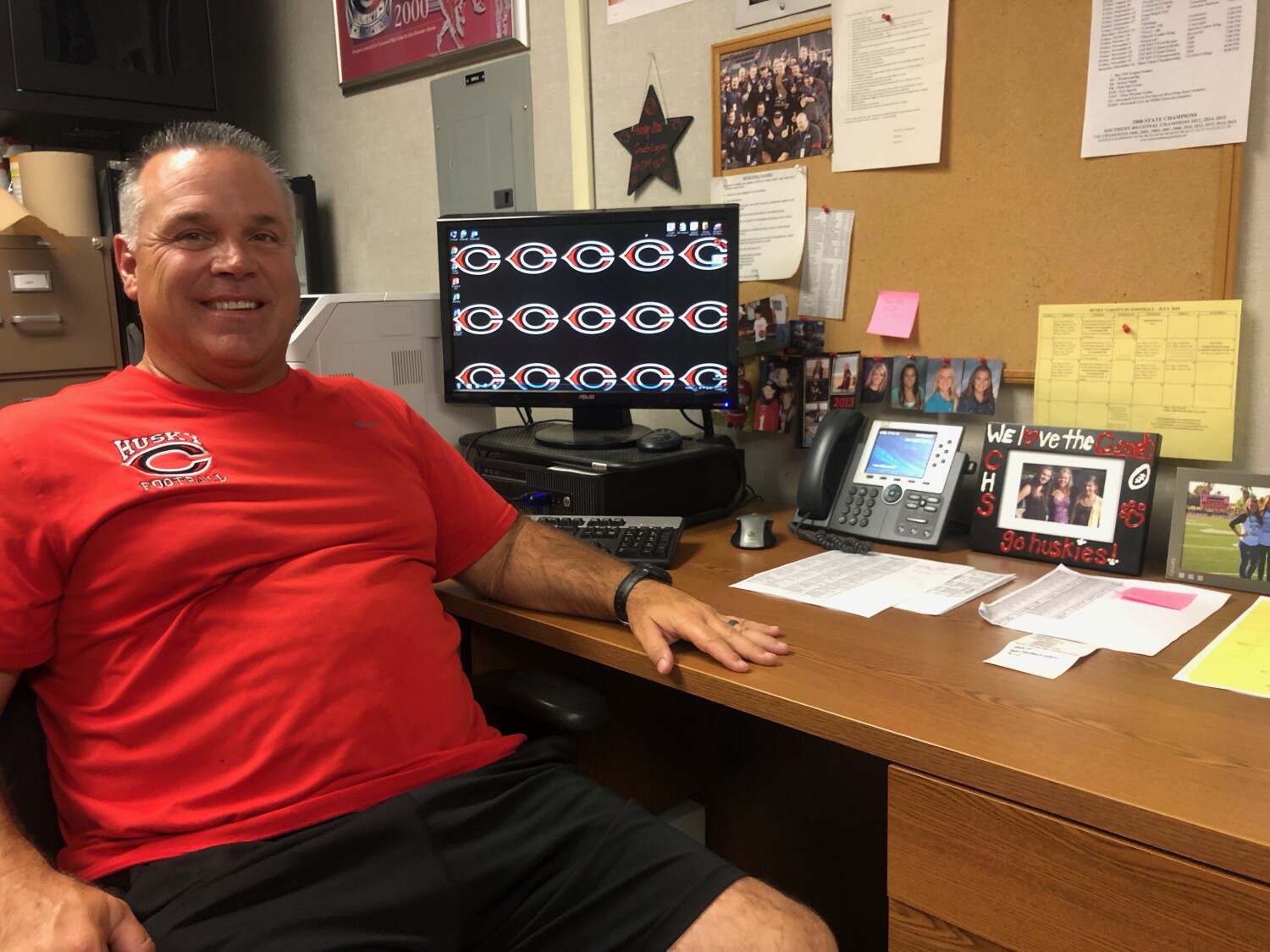 Coaches in the Inland Empire have become used to seeing vans picking up high school students and whisking them to the 91 Freeway toward Santa Ana, home of Mater Dei.

“I haven’t seen them,” Corona Centennial football coach Matt Logan says, “but I’ve heard about them.”

If you want to know one reason for Mater Dei’s current 19-game winning streak in football, it’s the ability to attract players from outside Orange County. Logan estimates that there’s at least half a dozen on this year’s Monarchs roster who could be attending Centennial.

“Their reach has expanded,” Logan said.

That means Friday’s game between the Monarchs (2-0) and host Centennial (2-0) is more than a battle between No. 1 and No. 3 teams in Southern California. It’s also about a public school trying to convince top athletes in the neighborhood to stay.

That brings up the question of why in the world of common sense would Logan want to play Mater Dei when the Monarchs are taking away kids from the neighborhood?

“It’s going to make us a better team playing the No. 1 team in the country and the reality is it’s not easy to find games,” he said.

Centennial has already scrimmaged against Mater Dei this preseason. Logan is well known for not being afraid to schedule anybody. Until Florida’s IMG Academy was banned from playing California teams, he was even scheduling games against a team with players from all across America and overseas.

Centennial gave Mater Dei its closest game last season, losing 21-16 in the Southern Section Division 1 playoffs. The Huskies are the last team other than Mater Dei or Bellflower St. John Bosco to win a Division 1 title in 2015. They lost in the semifinals the next year to St. John Bosco 49-47. Then there were a couple years of not being competitive with the big two.

“I feel we have closed the gap,” Logan said.

It should be a sold-out crowd of 5,000 on Friday night, with BallySports televising and the Kettle Corn flying out of the snack stand.

Mater Dei will be taking a bus to Corona. The only question is whether players who reside in the Inland Empire will just walk home or ask to be dropped off.

Wild games: Ventura St. Bonaventure and La Cañada St. Francis might not have had great defensive performances on Friday night but the offenses went nuts.

Delon Thompson of St. Bonaventure set a school record with 369 yards and six touchdowns to help the Seraphs rally for a 46-41 win over Oxnard Pacifica in a game decided when Jared Barlow intercepted a pass in the end zone in the final seconds.

Then there was St. Francis driving 65 yards in 30 seconds to pull out a 52-48 win over Manhattan Beach Mira Costa. Quarterback Jack Jacobs was 19-of-34 passing for 384 yards and five touchdowns.

Big games this week: Besides Mater Dei vs. Corona Centennial, Mission Viejo (2-0) is hosting Long Beach Poly (2-0) in what could be called the semifinals of the fictional public schools championship. The other semifinal should be Centennial against either Los Alamitos, Huntington Beach Edison, Corona del Mar or San Clemente.

Decision time: The word is an announcement could come as early as this week about booking SoFi Stadium for the Mater Dei-St. John Bosco game on Oct. 7. That would be a great event for high school football in Southern California and let people who have never been to SoFi come out to see one of the best stadiums in the world.