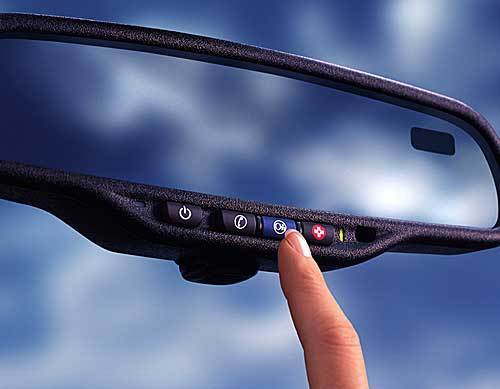 But for possibly millions of car owners, the transition to 5G may mean you’ll be losing something you value: your onboard emergency-contact system.

Simi Valley resident Patrick O’Bryan received an email from Lexus the other day notifying him that his 2016 RX 350’s Enform wireless emergency services will be terminated Oct. 31, 2022, as existing 3G technology gives way to 5G.

The change will affect an unspecified number of Lexus vehicles sold from 2010 to 2018.

“These are regular features for expensive cars,” O’Bryan, 76, told me. “I never dreamed they would end.”

He added: “If I had known this would happen, I would have bought a different car.”

It’s well known that a car starts depreciating in value as soon as you drive it off the lot. But it’s remarkable that luxury vehicles purchased within the last few years would experience such a significant loss in functionality because of changing technology standards.

No less remarkable is that Lexus, for one, apparently has no intention to make customers whole by upgrading their vehicles’ wireless systems.

I reached out to Lexus for comment. A spokesman passed along my request to Lexus’ parent company, Toyota Motor Corp.

A Toyota spokesman declined to comment beyond what’s been communicated by email and letter to Lexus owners.

The most widely used onboard emergency system is General Motors’ OnStar service.

“At this time, we have not communicated any changes in service with our customers,” said Stuart Fowle, a GM spokesman.

But he told me that “as the industry leader in connected vehicles for the past 24 years, we are experienced in connectivity evolutions.”

I asked if that meant GM covered the cost of past wireless upgrades.

Fowle said this was unnecessary because older vehicles equipped with 2G systems were still compatible for the most part with 3G and 4G standards.

“The exception to this is in Canada, where the 2G network was decommissioned in 2015,” he said. “In that scenario, we updated Canadian customer hardware at no cost.”

So there’s precedent for no-cost-to-the-customer system upgrades, but not on the scale now pending with the U.S. switch to 5G.

AT&T and other wireless companies say the 3G networks used by most vehicles in this country will go away in 2022. That’s because the companies are cannibalizing existing spectrum for use by 5G.

Some 4G services may still be available when 5G takes over, but that won’t help most car owners.

(And it means if you want full 5G service for your smartphone or other wireless devices, you’ll probably have to buy brand-new gear.)

GM says it has about 20 million OnStar subscribers worldwide. In the U.S., they pay $15 to $45 monthly for different levels of access.

Toyota declined to say how many people subscribe to Lexus Enform. It said the service costs $8 a month.

O’Bryan shared with me the window sticker from when he paid nearly $61,000 for his Lexus. It prominently features the Enform system as a safety feature — and thus an important reason to buy the vehicle.

He said he called his dealer, Crown Lexus in Ontario, to ask about the email from the manufacturer.

“They said nothing could be done,” O’Bryan recalled.

Jeremy Poulsen, general manager of the dealership, didn’t return my calls for comment.

O’Bryan said he’s shocked that Lexus doesn’t have contingencies in place for customers as the transition to 5G networks gathers steam.

“If there was a 2G and then a 3G, they should have known there would be a 4G and a 5G,” he said. “I’m really surprised they weren’t prepared for this.”

Actually, the auto industry has been keenly aware of the looming arrival of 5G for years. In 2017, David J. Teece, a business professor at UC Berkeley, published a study titled “5G Mobile: Disrupting the Automotive Sector.”

It predicted that 5G “will create a vast marketplace” for an array of connected services, including in-car entertainment and self-driving vehicles.

“5G will be as important as railroads in the 19th century,” the study concluded.

I asked Teece about the prospect of older vehicles losing their wireless capabilities. He replied that there’s usually “backward compatibility” between new networks and older automotive systems.

That doesn’t seem to be the case with 5G. Neither GM nor Lexus is making such claims, and they’d be in a position to know.

O’Bryan has his own theory.

“I believe that something could be done, but it would cost Lexus some money,” he said. “They prefer to save money rather than take care of customers who bought their Lexuses knowing that this very important feature was available.”

My sense is that unless a carmaker made an upfront promise to stand in perpetuity behind its wireless system, it’s under no obligation to upgrade hardware as network standards change.

Their customers spend big bucks on vehicles packed with all the bells and whistles, and generally have the wherewithal to buy whatever they want. In other words, not the sort of folk you want to cheese off.

“Although these circumstances were created by factors beyond our control, we sincerely regret any inconvenience this may cause,” Lexus says on its website.

That seems like a decidedly wimpy response to a really big problem.

It’s early still. I suspect that now that this situation is being publicized, there will be pressure on auto manufacturers to not shortchange consumers.

What does that mean? System upgrades. At the company’s expense.

Otherwise, carmakers and dealers are going to have a lot of angry customers.

O’Bryan purchased his Lexus after owning two Cadillacs. He said he didn’t pull any punches when Crown Lexus told him he was on his own regarding this 5G mess.

“I told them I’d never buy another Lexus for the rest of my life,” O’Bryan recalled.

Now multiply that by a few million car buyers.

The auto industry really wants to roll those dice?