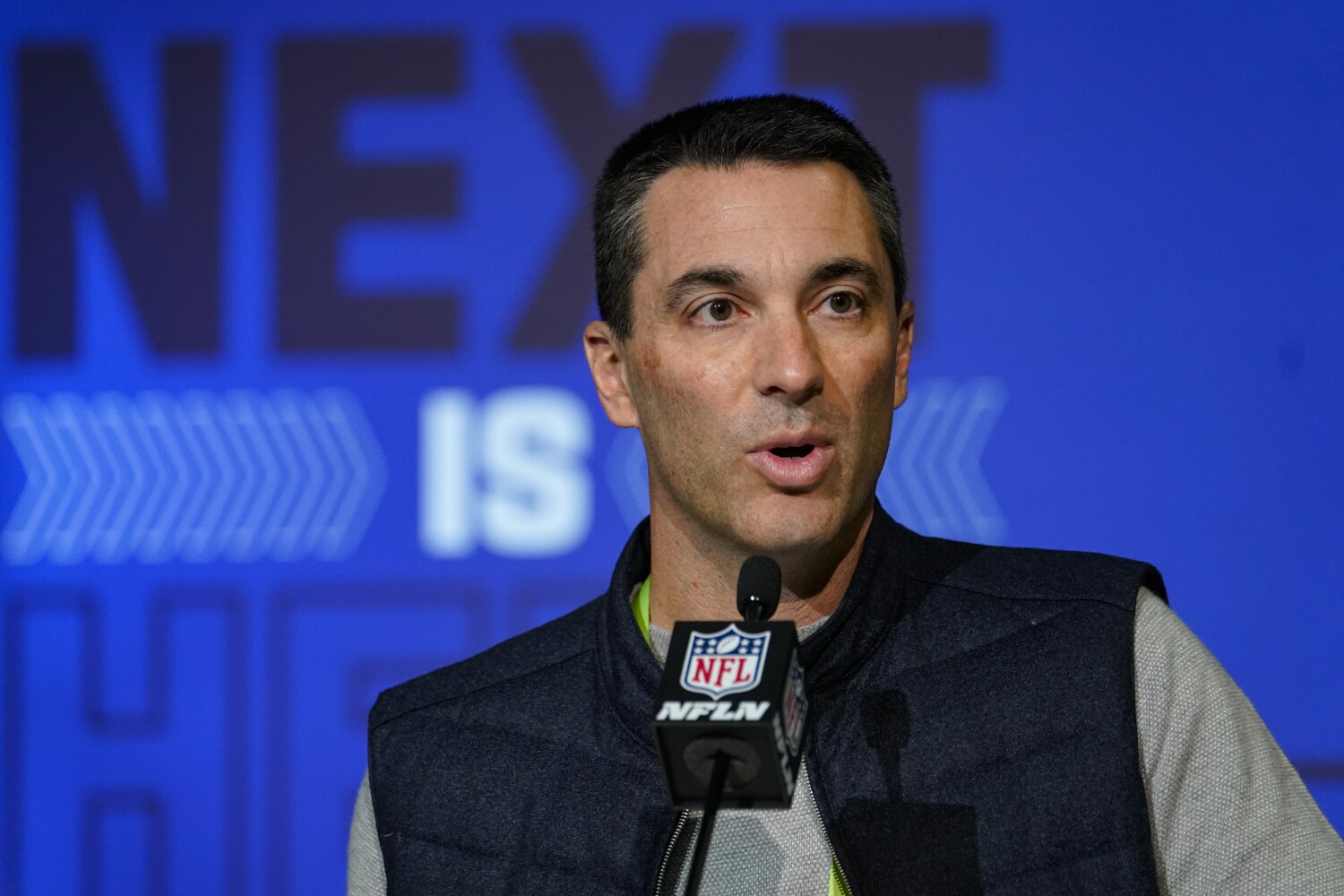 The Chargers open the season Sunday against Las Vegas at SoFi Stadium, formally ending an offseason of impressive spending.

Including the extensions for safety Derwin James Jr. and wide receiver Mike Williams, the team invested up to $284.2 million in new contracts, with $158.3 million fully guaranteed.

(The Chargers also traded for Khalil Mack and converted $13.5 million of his 2018 extension with Chicago into a signing bonus.)

“We had so much cap space,” general manager Tom Telesco said. “We didn’t want to just let it sit there unused.”

Telesco met with reporters Monday for an “on-the-record” session as the Chargers kicked off Week 1.

After the team struggled last year stopping the run and holding on third down, Telesco and coach Brandon Staley set out to rebuild the defense.

Of the money spent on new deals, $202.3 million total and $108.2 million fully guaranteed went to that side of the ball.

“You got to make sure you spend it on the right guys, which I think we did,” Telesco said. “It kind of lined up — thank God — that we had a good amount of space to use, and we had a defense that really had to kind of get turned over a little bit to make sure guys were fitting what we’re going to do.”

The Chargers also had increased space and flexibility with franchise quarterback Justin Herbert still on his rookie contract. Herbert is eligible for an extension after this season.

Telesco is entering his 10th year as the Chargers’ general manager. His teams have gone 69-76 overall in the regular season and 2-2 in the playoffs, advancing in the 2013 and 2018 seasons.

Asked Monday what he considered to be the “ultimate measure of a GM,” Telesco said: “Just wins and losses. I guess that keeps it simple, right? There’s no other way to measure it.”

He was then asked whether he has checked his own record.

“Maybe I should look it up,” Telesco said, laughing. “But, ultimately, that’s what you’re responsible for. That’s how we’re measured.”

Given the recent spending and the presence of an offense that was in the top five in the NFL a year ago, the Chargers are widely considered solid playoff contenders entering 2022.

Telesco dismissed the suggestion that he should be feeling additional pressure.

“Every year’s a different year, and every year the expectations are the same,” he said. “It’s a pressurized job no matter what. … I wouldn’t call it any extra this year. I’ve wanted to win every single year.”

He also said having to succeed in a bigger market like Los Angeles is no more of a burden than when the Chargers were in San Diego.

“We could be in Omaha, Nebraska,” Telesco said. “We’re paid to win. We’re not paid to just participate. That’s our job, just to win.”