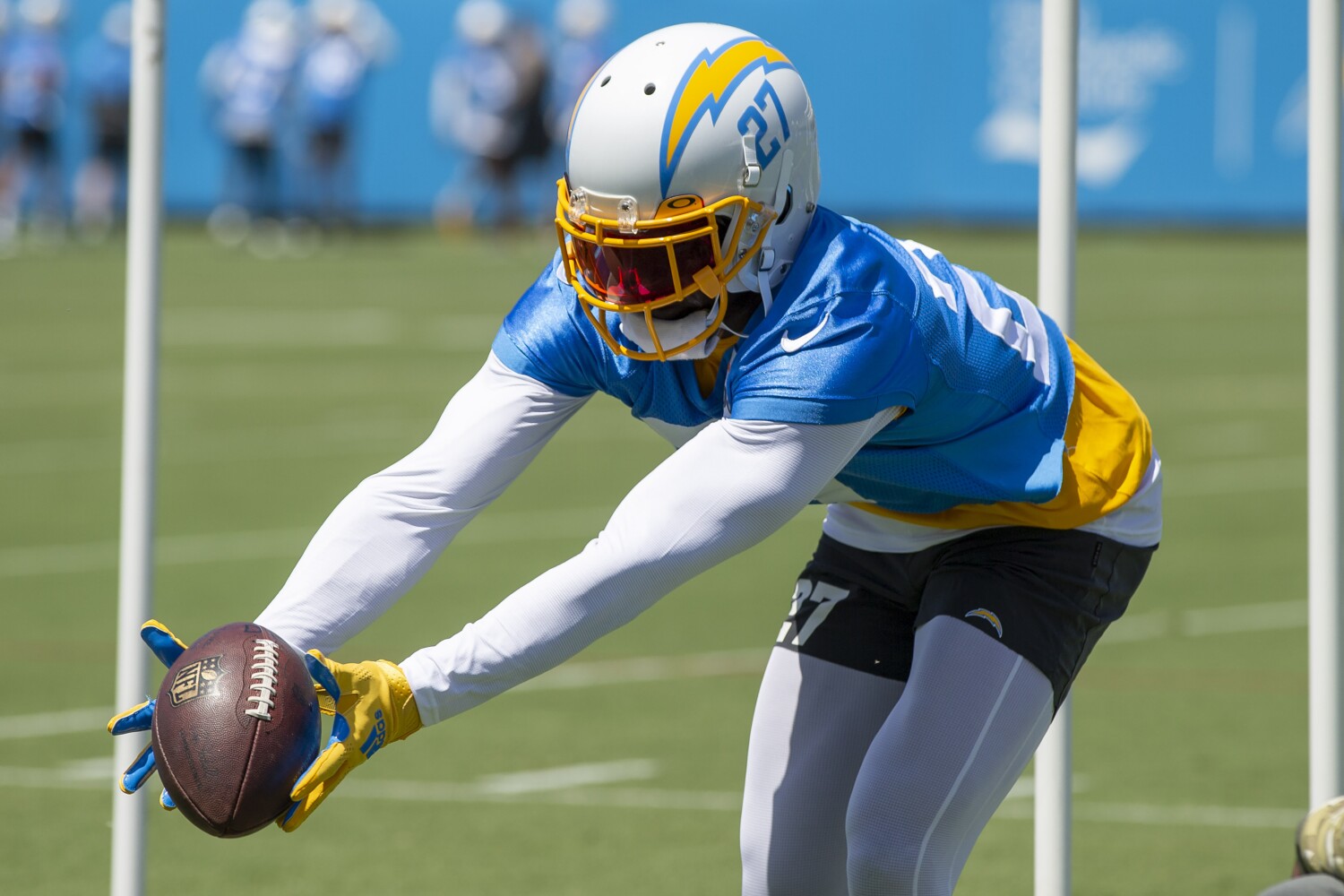 The Chargers will be without cornerback J.C. Jackson for two to four weeks after he had ankle surgery Tuesday, the team announced.

Jackson was the Chargers’ No. 1 free-agent addition this offseason, agreeing to a five-year contract worth up to $82.5 million, $40 million of which is guaranteed.

In his absence, Michael Davis and Asante Samuel Jr. are the Chargers’ top two outside cornerbacks.

The injury leaves Jackson’s availability for the start of the season in doubt. The Chargers open against Las Vegas on Sept. 11, which is 2½ weeks from today.

Next they play at Kansas City just four days later on Sept. 15.

Undrafted coming out of Maryland in 2018, he spent his first four years with New England, earning his first Pro Bowl trip last season. Jackson’s 25 interceptions since he entered the league lead the NFL.