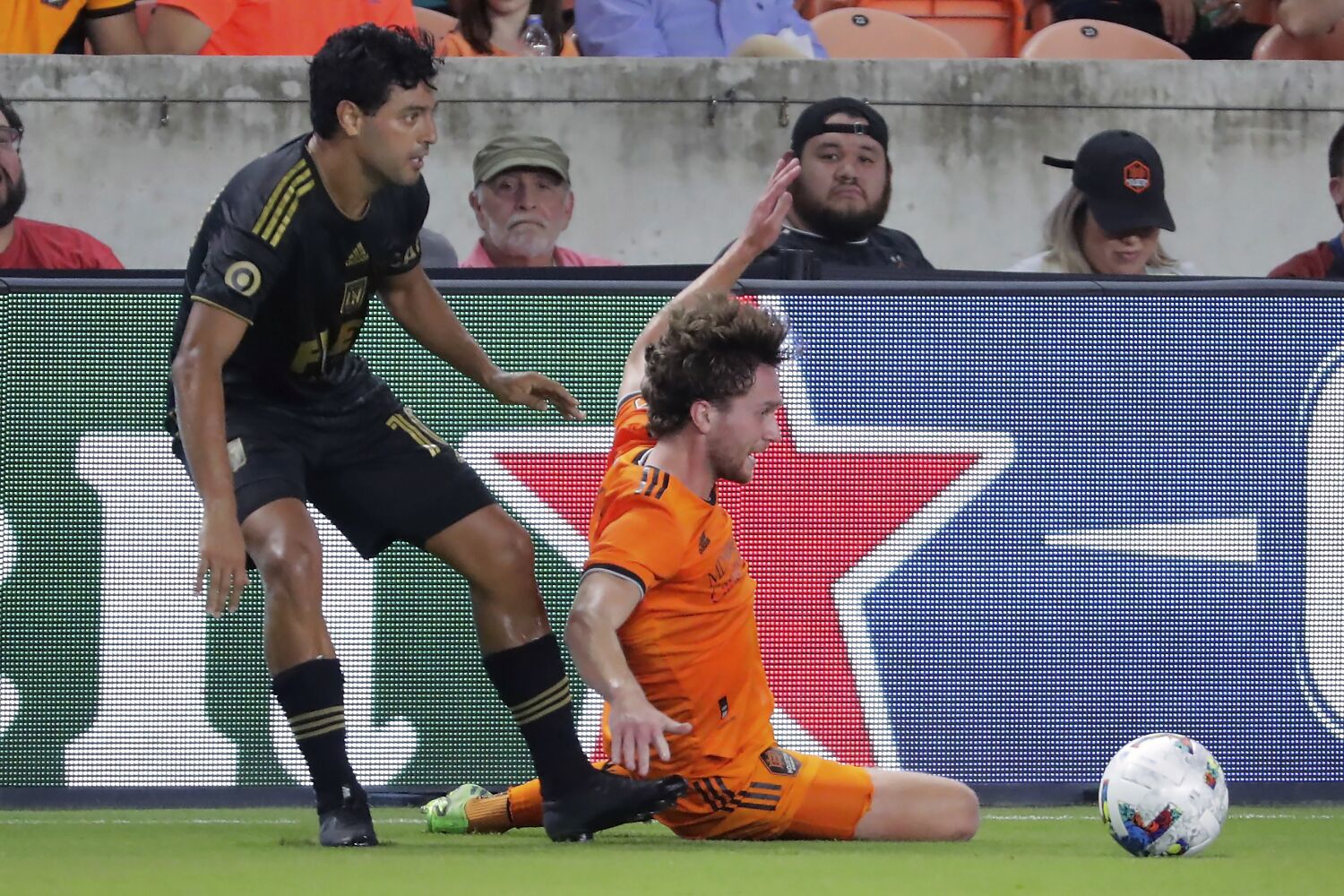 Carlos Vela scored two first-half goals on penalty kicks and LAFC rolled to another easy win, knocking off the Houston Dynamo 3-1 on Sunday night at Banc of California Stadium.

LAFC (20-8-4) already clinched the No. 1 seed for the Western Conference playoffs, and Sunday’s victory helped the team stay ahead of the Philadelphia Union for Major League Soccer’s Supporters’ Shield. Both teams have 64 points, but LAFC has more wins.

That first goal came in the eighth minute after Houston’s Griffin Dorsey fouled Denis Bouaga on the left side of the penalty area after a long pass from Vela.

Ryan Hollingshead had the team’s third goal early in the second half. It was his sixth goal of the season, which leads MLS defenders.