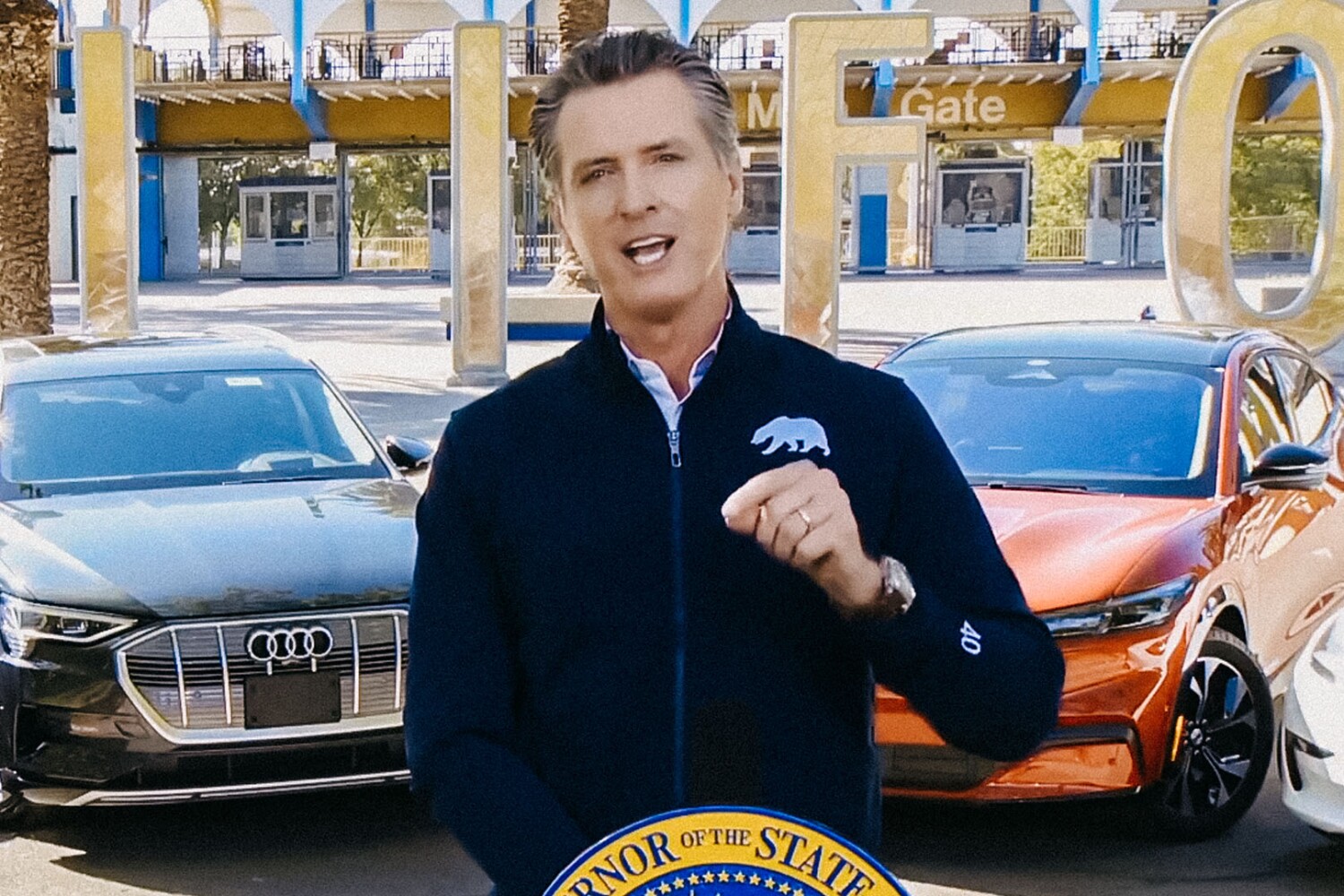 Gov. Gavin Newsom’s executive order banning sales of new combustion-engine motor vehicles in California starting in 2035 will mark a radical change in transportation infrastructure. It also will prompt many questions from consumers. Here are answers to some:

Is this a real ban on combustion vehicles?

The order calls it a goal but gives the California Air Resources Board authority to lay out a transition plan. CARB has enforcement powers. The order calls for a plan to phase in requirements between now and 2035, but details are yet to be determined.

Yes, they do, with a sticker price typically 30% higher than that of a comparable combustion car. Right now, tax credits and rebates from federal and state government make up for much of that cost. EV advocates say lower fuel and maintenance costs should also be figured in.

But the price gap is shrinking. Although batteries remain expensive to build, the cost is coming down fast. The consulting firm McKinsey estimates EVs will reach price parity with combustion-engine cars as soon as 2025 and transform from money losers to moneymakers for car companies. Other studies predict price parity by the end of the decade.

“Batteries have been getting a lot more competitive in terms of mileage range … at a lower cost,” said Mary Nichols, who chairs the California Air Resources Board.

No one can say what the world will look like in 2035, but it’s a safe bet that EVs will be cheaper than gasoline cars.

Will there be enough electric cars and trucks available so there’s a real choice?

There will. Strict clean-air and greenhouse-gas requirements in Europe and a government-sponsored push for zero-emission cars in China have caused automakers to get serious about moving past combustion engines. There will be dozens and then hundreds of models available between now and 2035.

Not in the long run, and even now California incentives are in trouble. A government mandate restricting the supply of new cars to EVs would provide all the incentive the market needs.

For the near future, “there will likely need to be financial incentives to get more people willing to go electric,” said Jessica Caldwell, market analyst at Edmunds. Last year, the EV market actually fell, by 7%, and accounted for only 2% of the 17 million cars and light trucks sold in the U.S. in 2019.

That puts California in a bind, though. California’s finances are in crisis because of the COVID-19 pandemic, and made worse by the wildfires. The state’s EV incentives now come in at about $2,000, though that varies based on car model and customer income. The governor’s budget already calls for a reduction in EV incentives.

Where will I charge my new electric car?

Most people charge EVs at home. The network of public charging stations is still sparse — but growing. The mandate should help solve the chicken-egg problem for capital spending on stations and create plenty of places to charge up.

As 2035 approaches and more electric cars hit the road, gas stations could take a hit. The number probably will fall, but the survivors are likely to be adding electric charging stations to their properties. Shell is a leader not only in EV charging. It also plans to fit some of its stations with hydrogen pumps for fuel-cell cars and trucks.

Will fuel-cell powertrains be allowed?

Certainly. Fuel-cell vehicles turn hydrogen into electric energy and leave only water vapor behind, so they count as zero-emission vehicles too. That technology is less developed than battery-electric vehicles but is also advancing fast.

They’ll be allowed until 2035, but because they come equipped with both a battery and a combustion engine, they will not be allowed to be sold once the ban takes place.

I love gasoline engines in cars and trucks. Will I still be able to own one after 2035?

Yes. The ban doesn’t affect existing cars, and according to the governor’s order, it won’t cover out-of-state sales. So in 2035, you could travel across the border to Nevada or Arizona, buy a combustion vehicle and register it in California — unless those states ban combustion engines, too.

Will the governor’s ban be challenged in court by the Trump administration, by car companies, by gasoline refiners, by dealerships, by auto mechanics and by gas station owners?