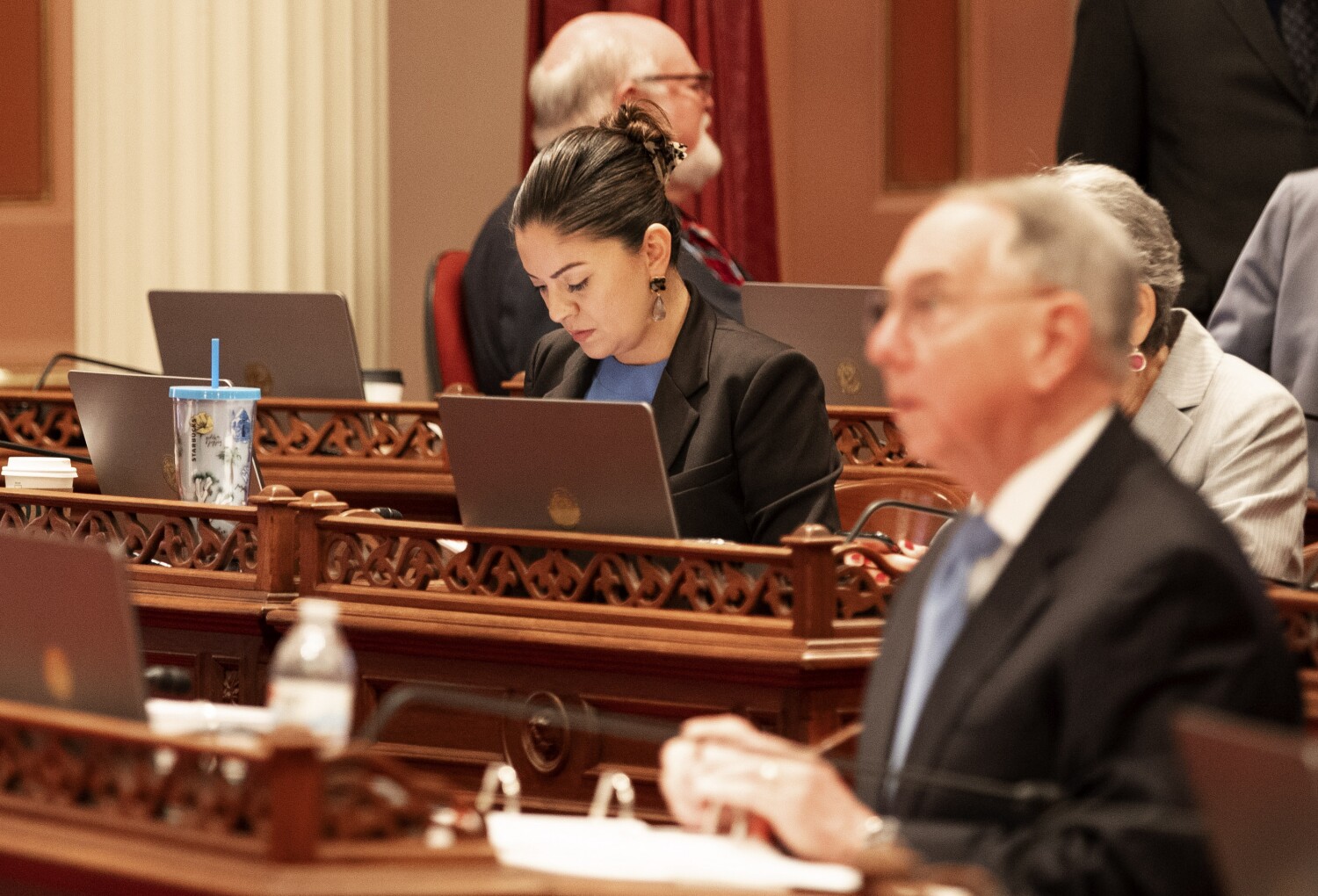 Since 2016, Tesla has been marketing an expensive option called Full Self-Driving. A reasonable person might infer from the name that the software package enables a car to drive itself, fully.

It does not. No car available for consumers to buy is capable of full self-driving. The California Department of Motor Vehicles has rules on its books that ban the advertisement of cars as “self-driving” when they are not. But it has never enforced those rules.

So, impatient with the DMV, the state Legislature is stepping in, going over the DMV’s head and making its false advertising regulation a state law.

The bill, sponsored by Senate Transportation Committee Chair Lena Gonzalez (D-Long Beach), was passed by the Senate on Tuesday night and now heads to Gov. Gavin Newsom for his signature. Newsom’s office did not immediately respond to a request for comment.

False advertising of self-driving technology is a serious safety issue, according to Gonzalez. At least several deaths have been linked to Tesla’s Autopilot, the cheaper, more basic version of Full Self-Driving.

In an interview with The Times, Gonzalez said she and fellow legislators are puzzled at the DMV’s slow response to Tesla’s advertising claims.

“Are we just going to wait for another person to be killed in California?” she said.

The DMV had no comment on the bill, and Steve Gordon, who runs the department, has declined to speak with The Times or any other member of the media on the subject since he took office in 2019.

The number of crashes, injuries and deaths that might involve Full Self-Driving is unknown. The nation’s decades-old crash reporting system, fractured among cities and states, is ill-equipped to determine facts that are increasingly central in the age of software-controlled highway vehicles.

A modern car such as a Tesla bristles with tiny computers that collect and process vast amount of data that can be communicated to the manufacturer over cellular and WiFi connections. Tesla has resisted releasing such data to regulators or safety researchers.

Regulators are beginning to apply more pressure. The National Highway Traffic and Safety Administration is conducting several investigations into the company’s safety record, including a string of Tesla cars plowing into emergency vehicles parked at the side of the road.

Recently, NHTSA ordered Tesla to provide it with detailed data on crashes that might involve its automated driving systems.

It’s also unclear how effective the new legislation will be. The responsibility for enforcing the law will remain with the DMV.

California “already prohibits misleading marketing” of automated vehicles, said Bryant Walker Smith, professor of law at the University of South Carolina. “Passing this bill, however, would certainly provide pretty solid evidence of legislative intent in a way that could be meaningful to a state administrative agency or a state judge,” he said.

In its July filing, the DMV noted that it possesses the power to remove Tesla’s ability to sell or manufacture cars in California if it’s found in violation. In comments to reporters, the DMV indicated any penalties that result from the process — likely to take at least several months — would be far softer than that.

The DMV earlier in August told The Times that the agency “will ask that Tesla will be required to advertise to consumers and better educate Tesla drivers about the capabilities of its ‘Autopilot’ and ‘Full Self-Driving’ features, including cautionary warnings regarding the limitations of the features, and for other actions as appropriate given the violations.”

That could affect the company’s use of the names Autopilot and Full Self-Driving, but the DMV would not discuss that possibility.

The new bill doesn’t address the safety of the technology itself, limiting its scope to the way it’s advertised. In small print on its website and in instruction manuals, Tesla states that a human driver must pay full attention, whether using Tesla’s Autopilot with adaptive cruise control and automatic lane changing, or FSD “beta,” which is designed to obey traffic signals while navigating a programmed route. YouTube is populated with videos that demonstrate the work-in-progress nature of FSD with dangerous maneuvers and violations of traffic laws.

Other carmakers sell similar technology, but don’t imply a car can drive itself, Gonzalez said. “No one else is doing this, just Tesla,” she said. “GM, Ford, BMW, Mercedes, they’re all doing the right thing” by making clear the limits of automated technology.

Beyond the ban on false advertising, the bill also sets new requirements for automakers to clearly explain the capabilities and limits of partial-automation technology when a new car is delivered and when software is updated.

A 2018 survey by the AAA Foundation for Traffic Safety found that 40% of car owners who’d purchased driver-assist options such as Autopilot assumed the car could drive itself. “Requiring dealers to explain the limitations will help bridge that gap in knowledge,” said Amanda Gualderama, head of government affairs for the Automobile Club of Southern California, which supported the bill.

Gonzalez said she worked with several automobile companies and the American Automobile Assn. on bill language. The committee encountered “heavy lobbying” against the bill from Tesla, she said, arguing that false advertising already is barred by DMV rules.

But the advertising has continued for six years, on the company’s website, on social media and in public presentations by Chief Executive Elon Musk, who recently tweeted that Tesla will raise the price of its Full Self-Driving option to $15,000 from $12,000 on Monday.